Just like mail carriers, PETA’s fieldworkers are deterred by neither snow, nor rain, nor heat, nor gloom of night from the swift completion of their appointed rounds. And it’s a good thing, too, because, otherwise, poor Georgie might still be out there shivering in the rain. 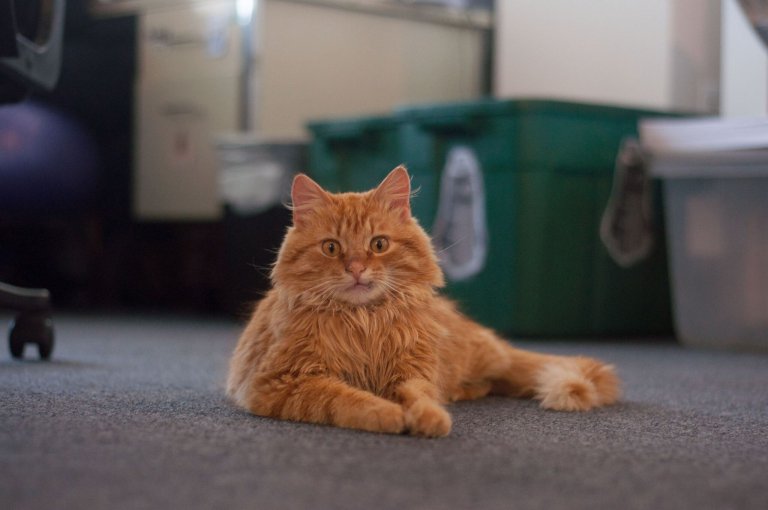 A PETA fieldworker spotted the scrawny young orange tabby while visiting a client at a trailer park in North Carolina while the area was being battered by heavy rain and lashing winds. Soaked to the skin, the forlorn little cat looked about as miserable as a cat can look, crouching helplessly in the downpour as rainwater dripped into his eyes.

Struggling to hold onto her raincoat against the driving wind, the fieldworker dashed from door to door to ask if anyone knew who the cat belonged to but was met only with blank, uninterested stares. One woman admitted that she had tried to kick the cat when he came around looking for food.

Realizing that Georgie had almost certainly been abandoned to fend for himself, the fieldworker ran back to the van and grabbed a carrier and a can of cat food, then returned to the nervous cat, talking to him in a soothing voice. For all Georgie knew, this person might be planning to kick him, too! But the smell of the food was so tempting—possibly his first meal in some time—that he darted into the carrier and started wolfing it down. Gotcha, little man! 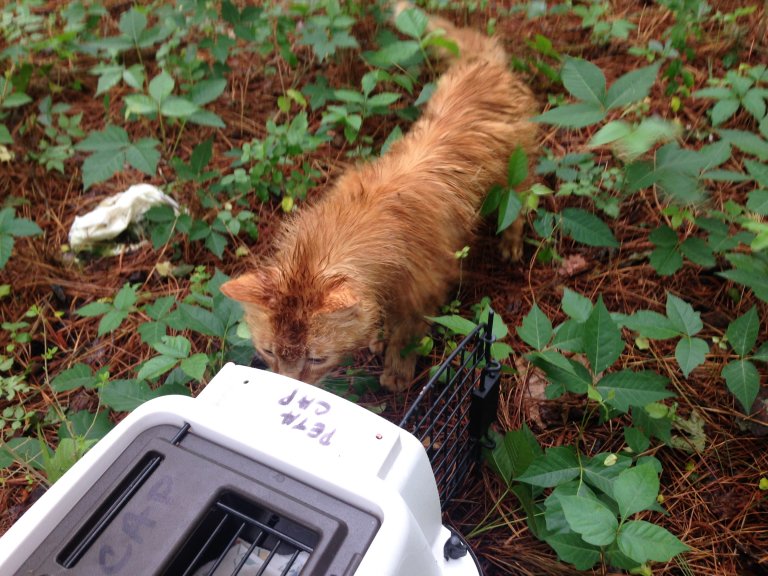 Now that Georgie is safe and dry at the Sam Simon Center, PETA’s Norfolk, Virginia, headquarters, he no longer looks like, ahem, something the cat dragged in. 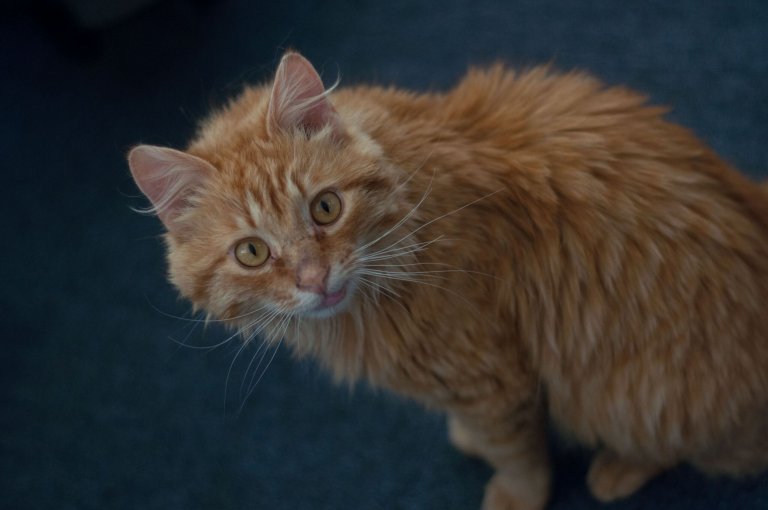 He’s still a little jumpy—it’s probably going to take awhile for him to be absolutely certain that no swift kicks are coming his way—but he’s quickly getting the hang of basking in the sun, playing with dangly catnip toys, and getting scratches under his chin. He tentatively approaches visitors and will reach out his paw as if trying to shake hands in greeting—such good manners! He’s much more polite than most of the humans he’s met in his short life. 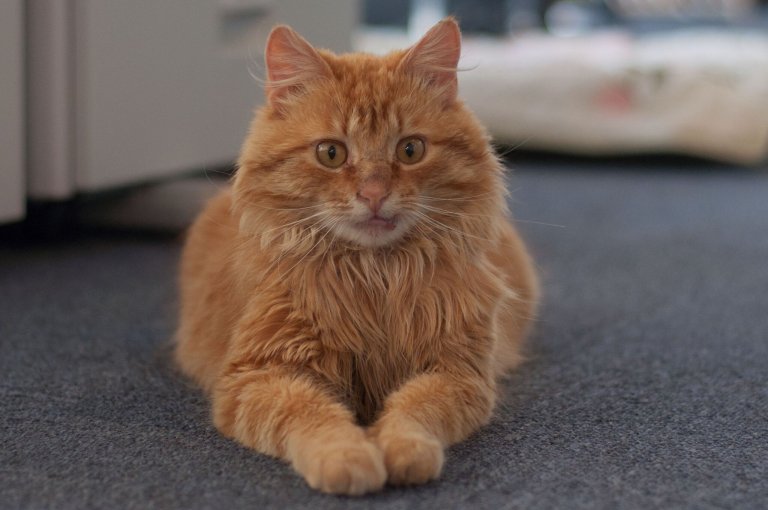 Need to brush up on your etiquette skills? Let Georgie lend a hand, er, paw. Find out how you can be his fair- (and foul-) weather friend by e-mailing [email protected].