As regular readers of this blog will know, PETA President Ingrid Newkirk is a huge fan of Formula 1 racing. Which means that she is incredibly knowledgeable about things like who has the best pit crew or which motor oil is better. Well, with the nation focused on dogfighting right now following the Michael Vick indictment, a Castrol Motor Oil ad that has been running on SPEED TV which appears to glorify the blood sport has been rightly upsetting a lot of animal lovers. Here’s what Ingrid wrote to the company:

“As you know, Michael Vick, NIKE, and the NFL are in the deserved hot seat now for not immediately resigning, pulling ads, and pulling Mr. Vick, respectively. Your ad is “a fight to the death” in a back alley. Everyone realizes that cars don’t fight to the death, dogs are made to. It has a sign saying “FIGHT” on the makeshift fence and on your site it refers to it as the “sickest” contest. … I have used your product for decades, even loved smelling it in the old days at the racetrack before synthetics came along, and hate to see a furor over Castrol. Thank you.
Ingrid Newkirk, President, PETA”

After Ingrid contacted Castrol about the ad, the company immediately responded by assuring us that that while their ad agency was thinking “boxing match,” they recognized that the imagery associated with the text implied a dogfight, and they’re already working to revise their commercial so that no one will get the impression that dogfighting is something to be anything other than horrified by. With the massive attention to this issue that Vick’s case has created, I’m hoping that this will be just one in a long chain of events that will see the blood sport condemned, prosecuted, and ultimately wiped out for good. Thanks, Castrol, for doing the right thing—and thanks to everyone who contacted us about this. 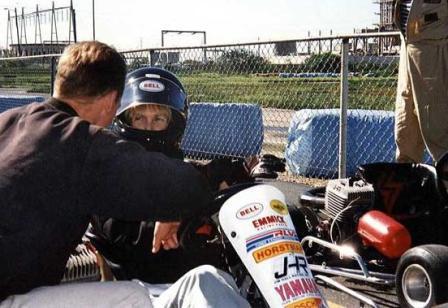