The country has lost a broadcasting legend with the passing of American Top 40 host Casey Kasem, and animals have lost a friend. Kasem used his distinctive voice to support many social, political, and humanitarian causes, including animal protection.

A longtime vegetarian, Kasem served for years as the co-chair of the Great American Meatout and once refused, on principle, to lend his voice as “Shaggy” to a Scooby-Doo–themed Burger King commercial. “Whenever I do interviews on radio and television, I speak out on the importance of becoming a vegetarian—for nutritional, ethical, and ecological reasons,” he once said. 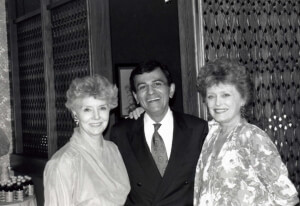 Kasem knew how tough show business could be, which is why he thought animals should be left out of it. He once flew, at his own expense, to Las Vegas for a news conference in support of PETA after we were sued by entertainer Bobby Berosini for publicizing a video taken backstage by a casino dancer that documented the nightly beatings that Berosini administered to the orangutans in his act. “No animal should suffer just to make an audience smile,” Kasem said.

It took two decades of legal battles, but thanks in part to the high-profile support of Kasem and other celebrities, PETA prevailed. Berosini was forced to pay PETA’s court costs, and all the orangutans he had kept confined for years to steel boxes in a trailer were ultimately sent to a sanctuary.

Kasem took his own advice by always “reaching for the stars”—and he reached a lot of people, changed a lot of minds, and saved a lot of lives in the process.