Voiced by Oscar-winning Manchester by the Sea star Casey Affleck, “Bernard”—PETA’s 7-foot-tall robotic bear—stopped in Washington on Tuesday with a message for the U.S. Department of Agriculture (USDA): American bears need your help! 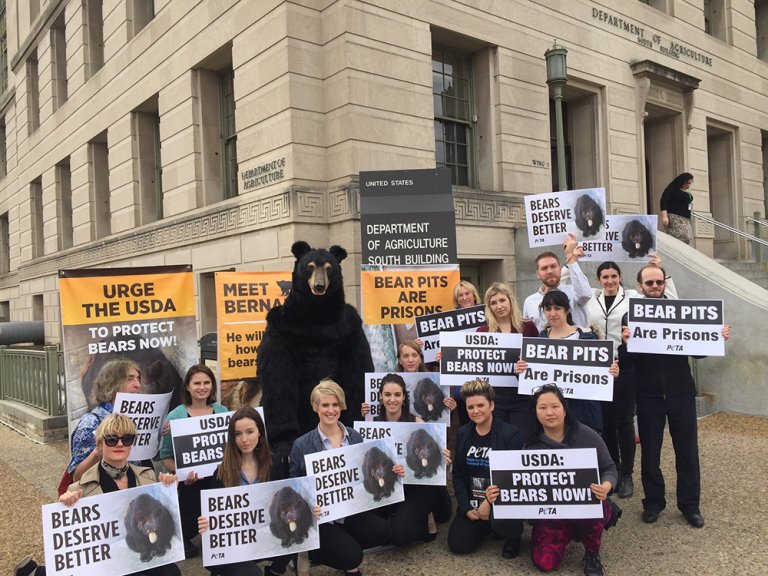 PETA is calling on the USDA to protect the more than 1,000 bears in concrete pits, roadside zoos, and circus-style shows across the country by making good on a promise that it made a year ago and still hasn’t fulfilled: to broaden protections for bears under the Animal Welfare Act. 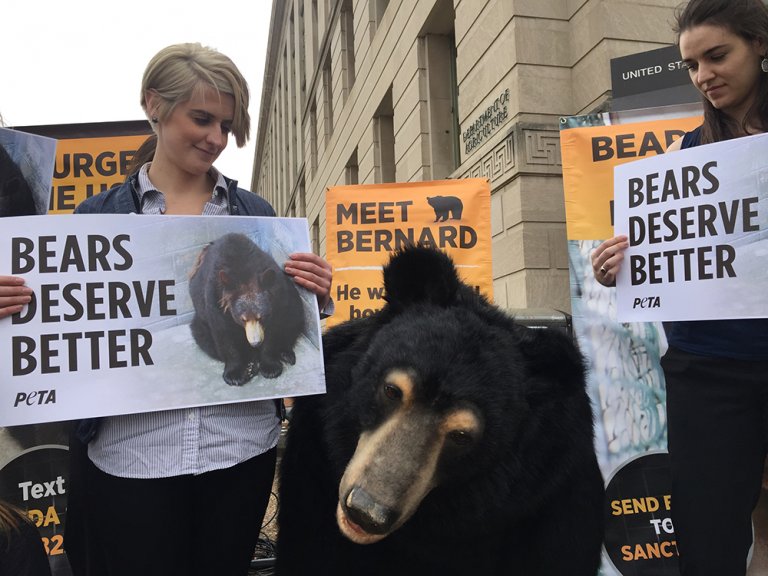 “Bears belong with their families in nature, not on display in sad, filthy concrete pits,” says Affleck. “PETA’s remarkable animatronic bear will do wonders this summer to show kids and their parents why everyone should stay away from these cruel tourist traps.” 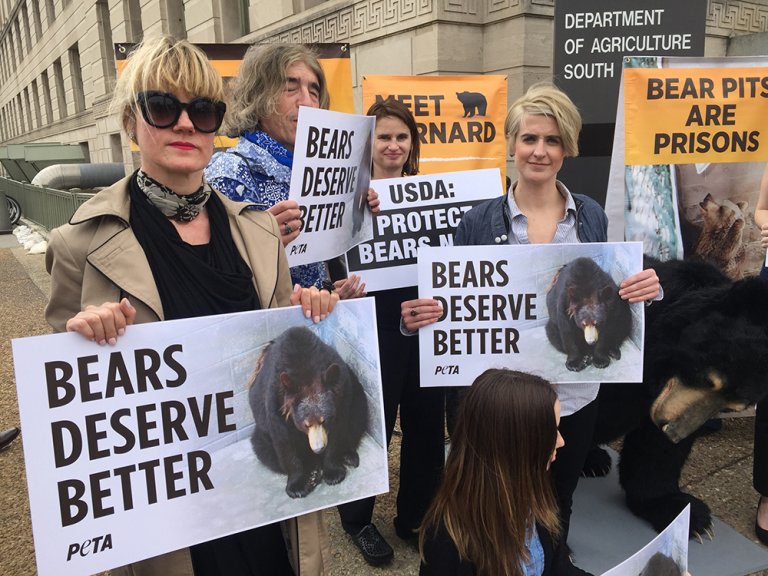 PETA is particularly concerned about captive bears’ well-being after the removal of inspection reports from the USDA’s website. Since 2012, PETA has used these records in its successful efforts to close down two bear pits and move 57 captive bears from pits and tiny pens to sanctuaries that meet their needs.