The whole of PETA India is on a roll, ya’ll! I’d barely even finished writing my blog entry about the array of successful demos that the grown folk at PETA India have put on throughout the month of September, when their younger counterparts at petaDishoom squeezed in a grand finale!

To commemorate Gandhi’s birthday and World Vegetarian Day, PETA India’s youth wing, petaDishoom, teamed up with local groups and a just a few hundred activists for a veggie rally followed by the first-ever “Animal March” to the city of Pune. Donning animal masks and picket signs, these peaceful marchers chose the perfect way to honor the Mahatma’s memory and carry on his legacy of compassion and nonviolence.

Here are some fun pics from the event: 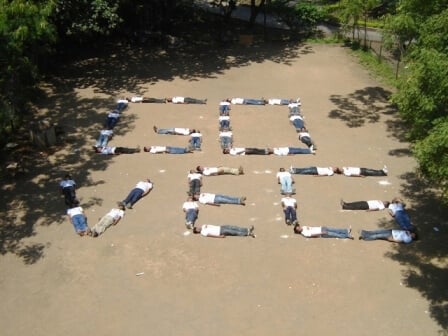 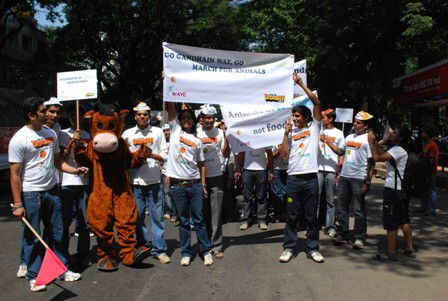 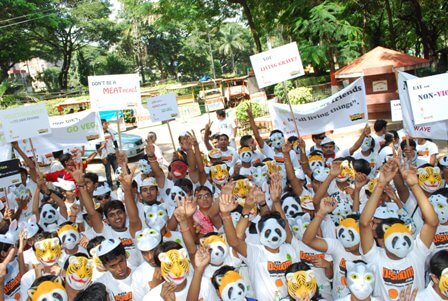 You know, it’s always the right time to cross over to the vegetarian side, so if you’ve been dying to kick it with the cool kids (like the ones pictured here) but you just need a little kick-start, you can get yourself a copy of our “Vegetarian Starter Kit” here.

On a side note, I’ve just learned that dishoom (which is now my new favorite word) translates roughly into one of my other favorite sayings, “to bring the raucous.” Judging from the huge success of this march and PETA India’s nonstop celebrity features and kick-butt campaigns, I’d say PETA India sure dishoomed it this month … eh?

Silliness aside, congratulations, PETA India and petaDishoom, for one very successful month!