Is four and a half years a “reasonable” amount of time for a government agency to wait before handing over requested documents? The answer is obvious. But when PETA submitted an Access to Information request to obtain official documents to calculate how much taxpayer money Canada has been wasting trying to revive the dying commercial seal slaughter and fight the European Union’s ban on seal imports, that’s the outrageous response we got. 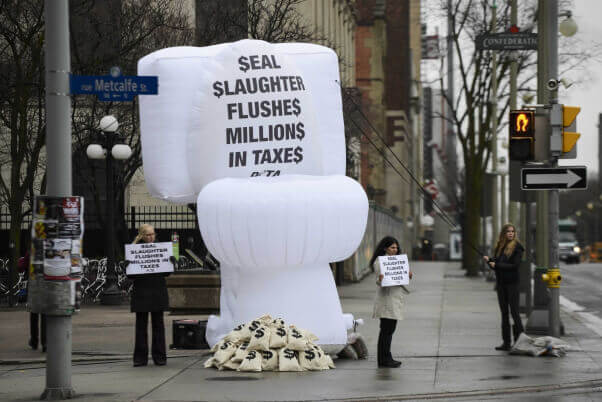 Canada’s challenge of the EU ban was estimated to cost $10 million, and the government spends millions more each year to subsidize the seal slaughter through Coast Guard support, pro-slaughter political campaigns, and even monitoring slaughter opponents’ online activity. Taxpayers deserve to know how much of their money is being sucked into long-failed efforts to prop up the dying slaughter, and we can’t imagine why it would take so long. What is Canada trying to hide?

Ask Canadian officials to end the seal slaughter and help transition sealers into other industries.