Armed with posters emblazoned with a spoof Canada Goose logo and images reflecting the company’s cruelty to geese and coyotes, PETA protesters flanked the red carpet on the opening night of the Canada Goose–sponsored Toronto International Film Festival. 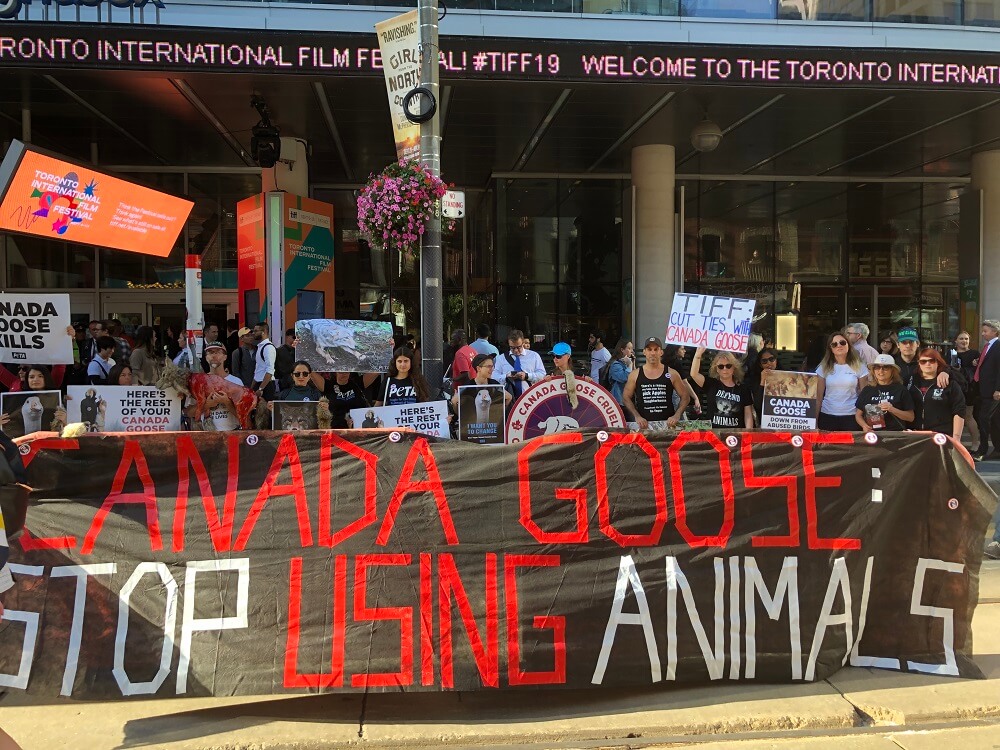 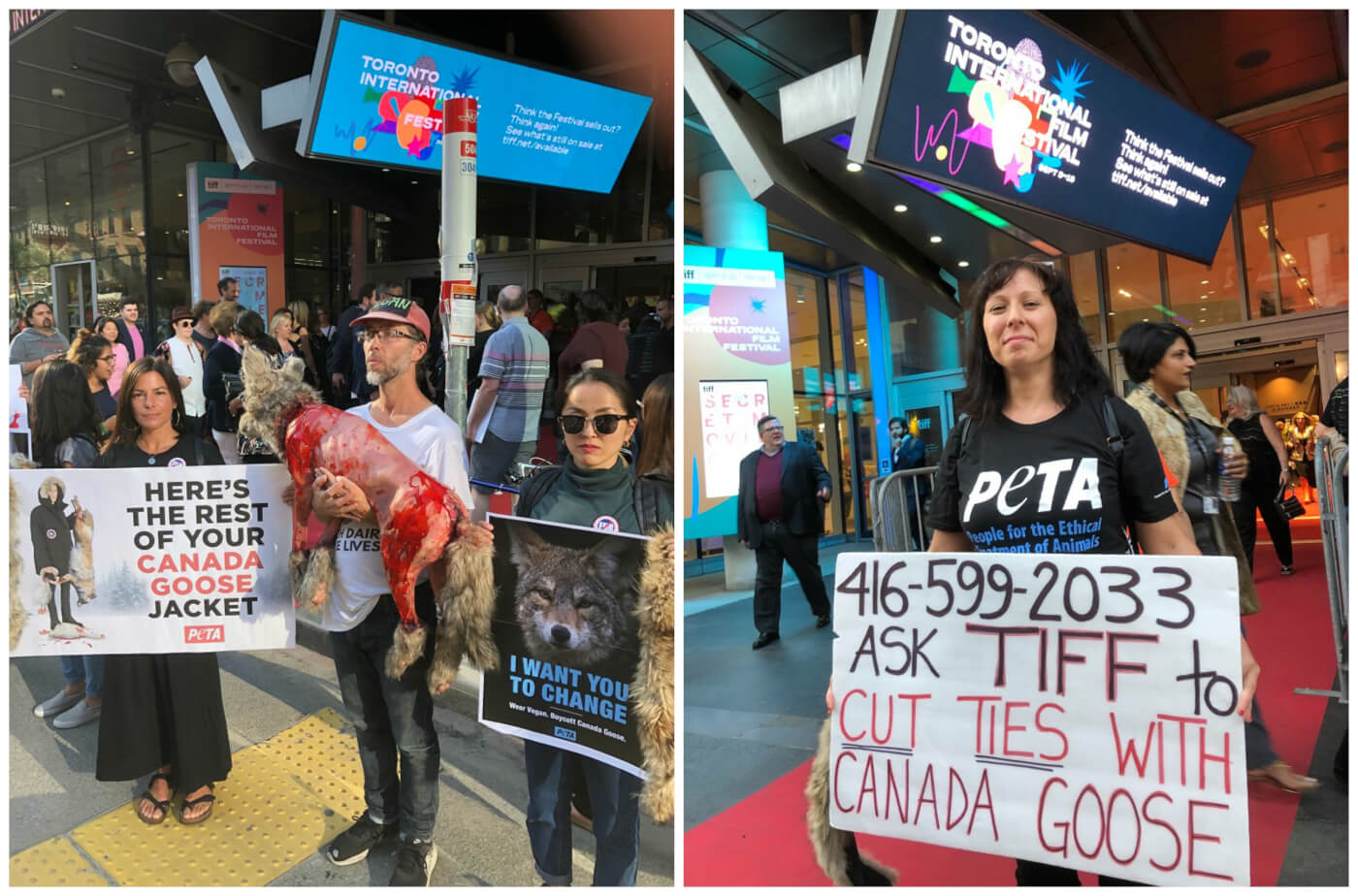 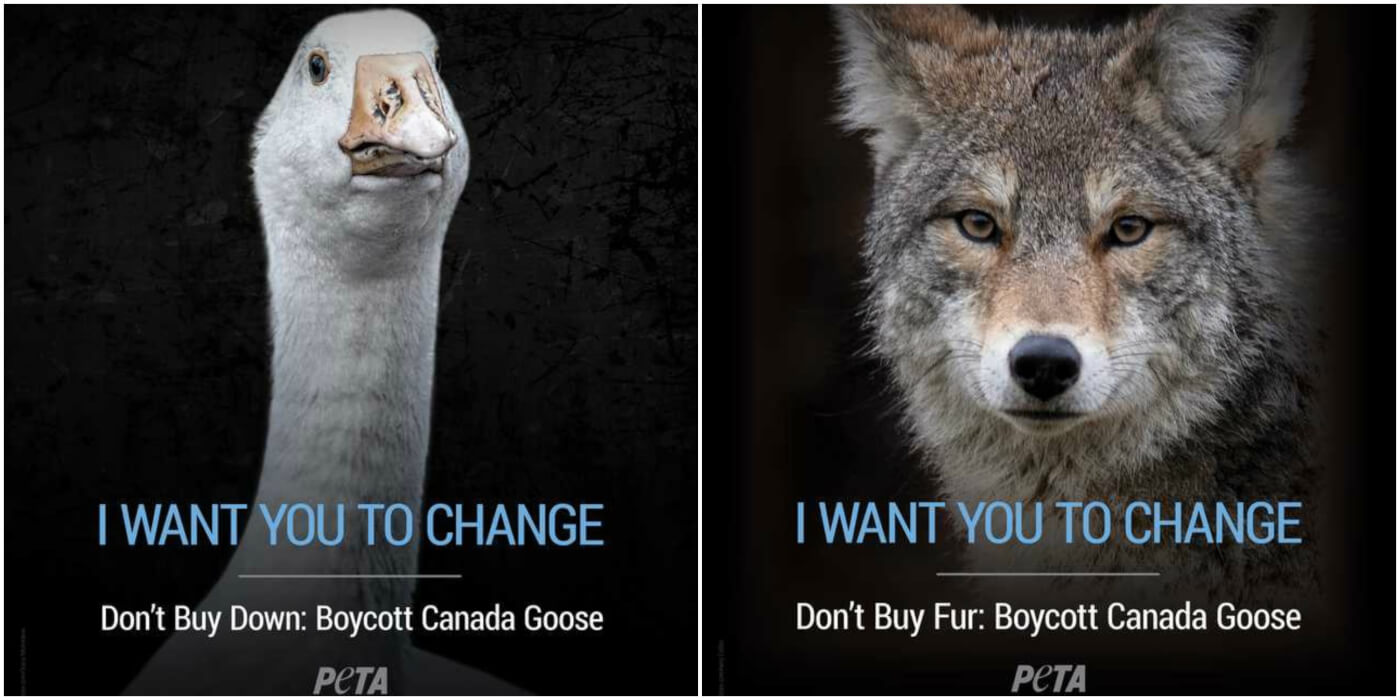 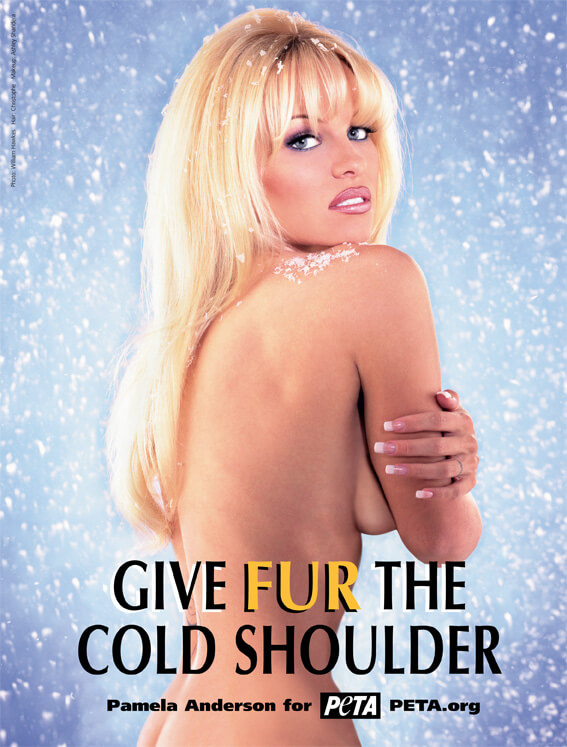 Anderson—who just moved back to her home country—has urged film festival Artistic Director and Co-Head Cameron Bailey to sever ties with Canada Goose. She wrote to Bailey, stating, “Canada Goose’s ‘standards’ allow for coyotes to suffer for days in steel traps with a broken or bleeding leg before the trapper returns to shoot or bludgeon them to death, and the company’s jackets are stuffed with the down feathers of birds who died violently.”

She added, “I urge you to make this year the last one in which you have Canada Goose as a sponsor, just as the Berlin International Film Festival cut ties with the company in 2017.” 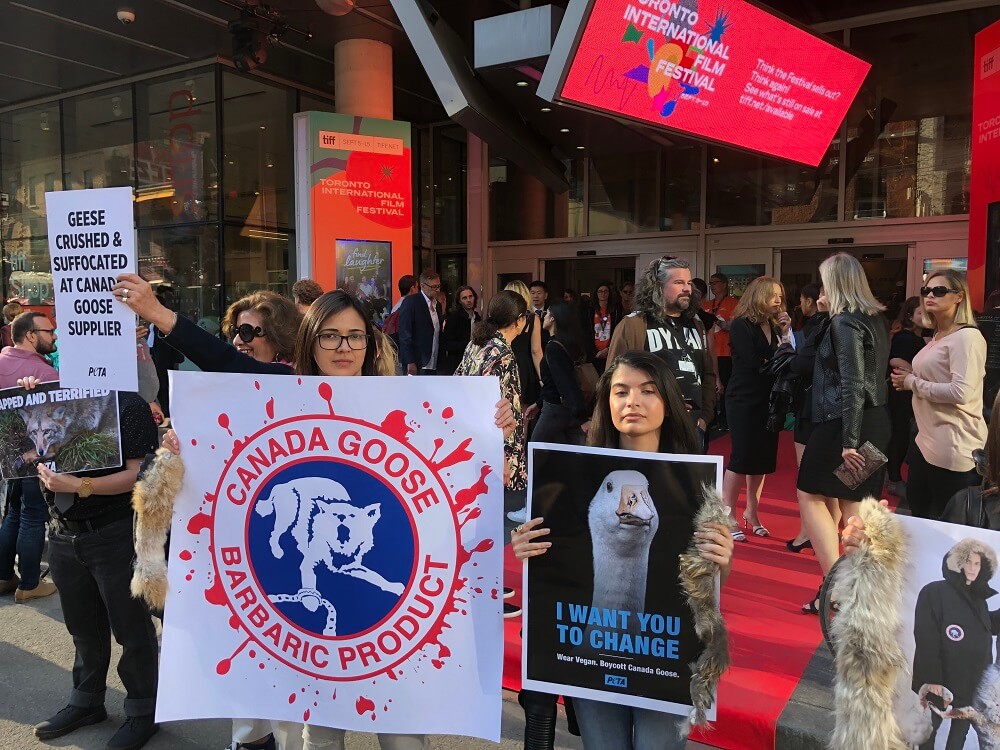 As a marketing ploy, Canada Goose sometimes gives away fur-trimmed, down-filled jackets to film crews and cast members when they’re shooting in cold climates. And all feature films at TIFF are up for an award sponsored by the company.

But as long as the brand continues to pay for the fur of wild coyotes who were caught in painful steel traps and the feathers of birds who didn’t want to be killed, there’s no way for TIFF to continue accepting Canada Goose’s blood money and still be ethical.

Remember: The only ones who need the fur and feathers are the animals themselves.

As Anderson notes in her letter, so many innovative vegan materials can be used instead of animal-derived materials. Hundreds of fashion companies—including Chanel, Gucci, Michael Kors, The North Face, and Versace—have chosen to keep fur out of their lines. Instead of making the compassionate switch, Canada Goose is seemingly trying to hide exactly how coyotes and birds suffer and die for its products.

Stand with Anderson, PETA, and countless other animal rights activists in demanding that Canada Goose stop using animal-derived materials for its clothing and accessories. And urge your friends and family to say no to Canada Goose and yes to animal-friendly fashion!

Wear this bold tee to expose the company’s cruel practices, and tell everyone to ditch fur and down!