Soulmates, best friends, pals, chums, amigos, buddies—whatever your term of choice, Buster and Zoey are inseparable. These senior Chihuahuas have been joined at the hip since they were wee pups—even smaller than they are now, if you can imagine such a thing! 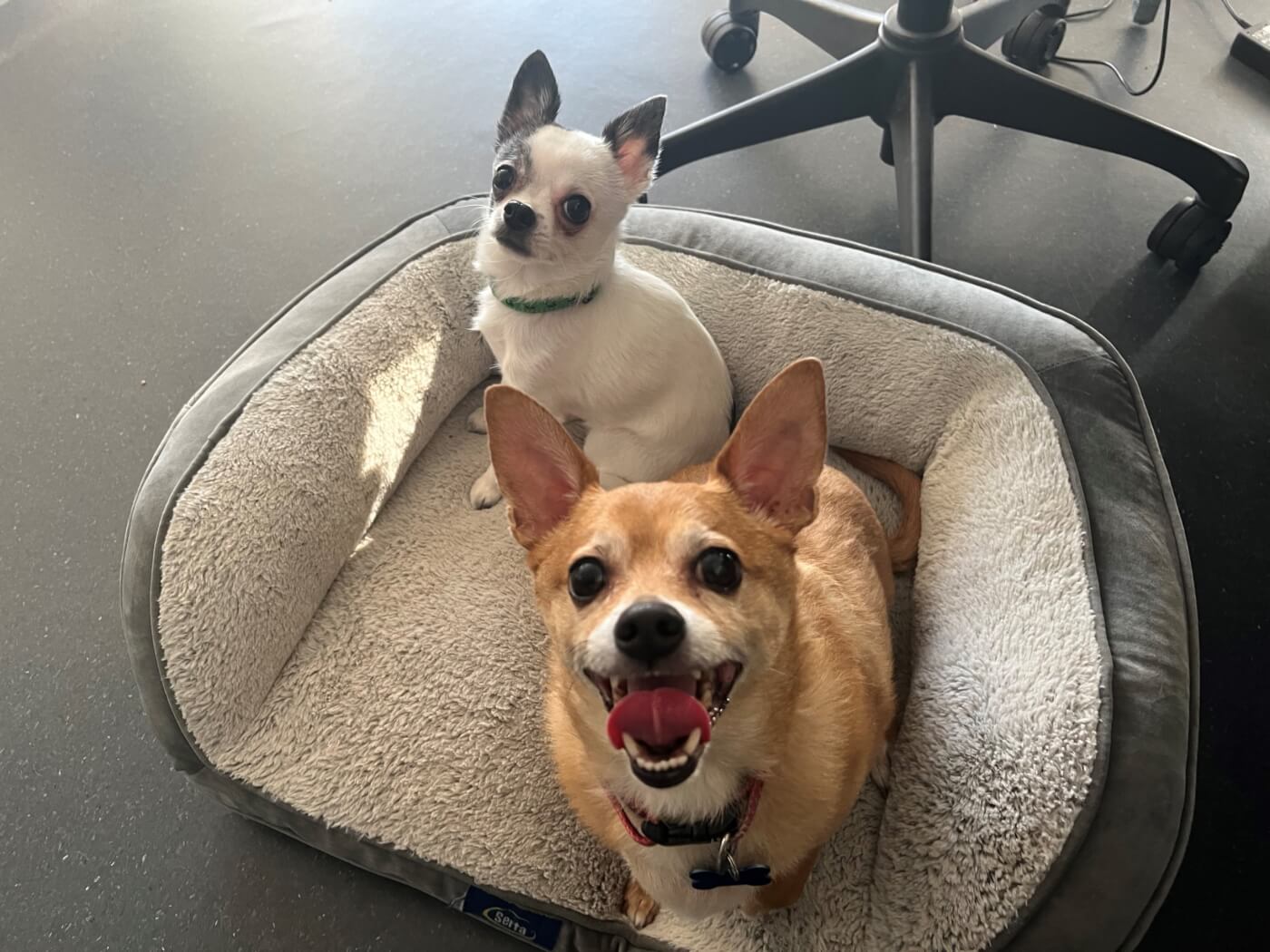 Until recently, their dream team included a third member, a human guardian who took exceptional care of the diminutive dogs, showered them with love, and treated them with respect. Then dual tragedies struck—their guardian was diagnosed with a terminal illness at the same time that she was already caring for her dying mother. Heartbroken to say goodbye to her faithful companions—but knowing that she was no longer able to provide the care they needed—she called PETA for help finding Buster and Zoey a new home. 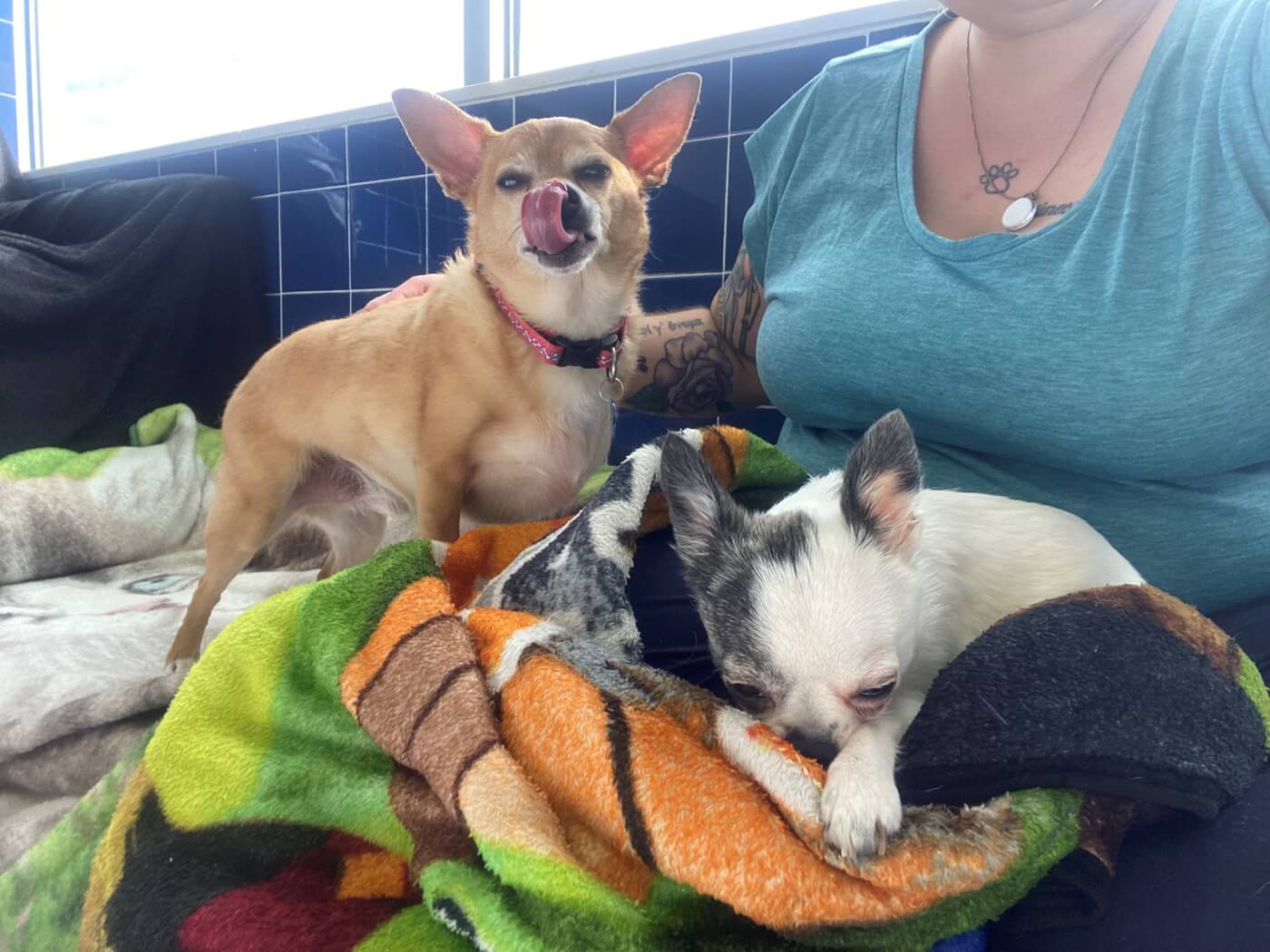 The tiny twosome were understandably very confused when they found themselves at the Sam Simon Center, PETA’s headquarters in Norfolk, Virginia. But after realizing that the entire staff was utterly smitten with their large, expressive eyes and impossibly elfin feet, their personalities began to shine. Buster, the (barely) larger of the pair, loves rump scratches and interacting with his many adoring fans. Zoey—who resembles a particularly adorable gremlin—prefers curling up on a lap or a warm bed and observing Buster’s antics from a safe distance.

While the catastrophically cute couple are clearly irresistible, they are also sensitive seniors who prefer a calm, quiet, and respectful home where they can be treated like royalty. They would not thrive in a chaotic household, but if your idea of a perfect evening involves, say, knitting tiny dog blankets, watching Wheel of Fortune, and turning in at 8 p.m., sign these two up! 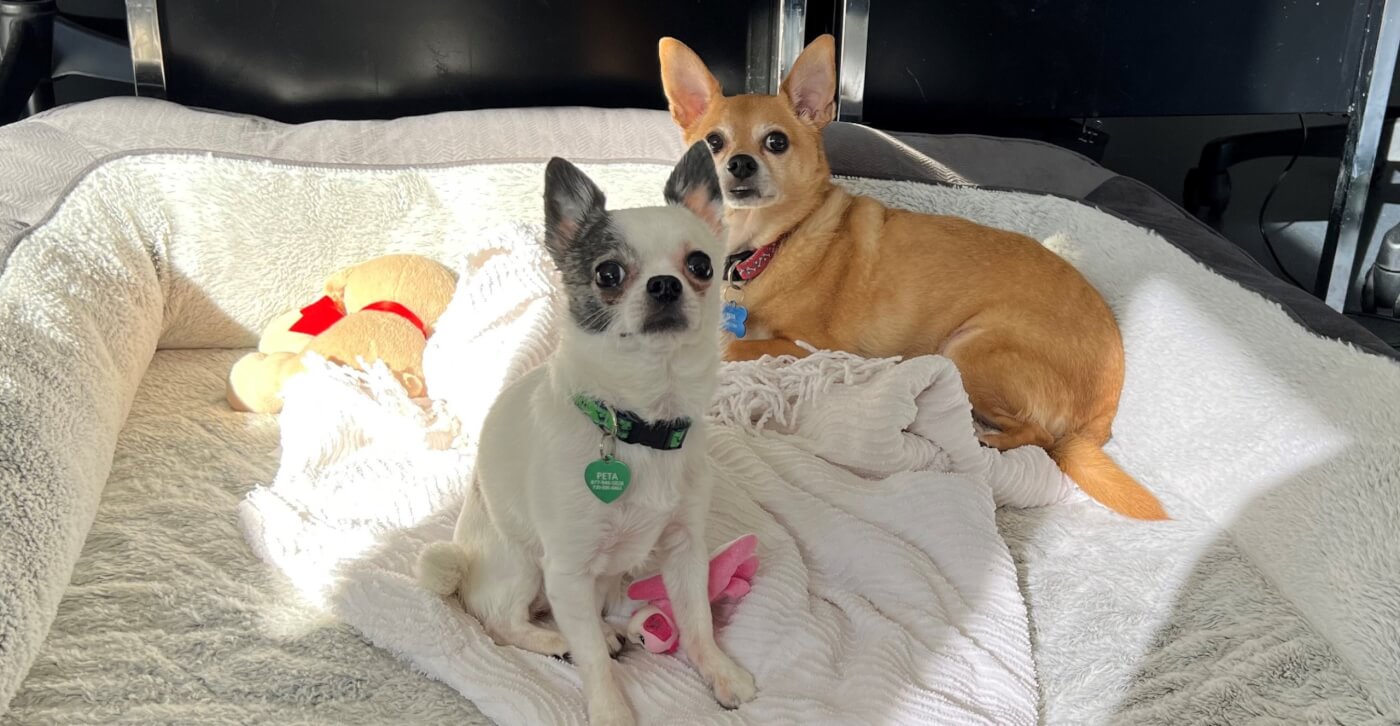 Buster and Zoey have been sterilized, and recently they’ve had dentals performed—gotta have fresh breath when they meet their new family! (Just kidding—they still smell like dog food but premium dog food, because they have taste, thank you very much.) At around 8 or 9 years old, they are in relatively good health, but as with all senior dogs, their adopter must be prepared to deal with potential health issues in the future.

Most importantly, since they are deeply bonded, they must be placed in a permanent home together. These two have been there for each other through thick and thin, and they fully intend to spend their golden years together as a dynamic duo.

Do you have two Chihuahua-shaped holes in your heart as well as the time and resources to care for this pair properly? Then e-mail [email protected] to learn more!

Learn More About Buster, Zoey, and Other Adoptable Animals!