PETA discovered that a rabbit-breeding operation in Riverside County, California, had tried to to sell off all its bunnies on the Internet. The breeders had been selling rabbits for fur, meat, and reptile food, and now that they no longer wanted the business, they certainly didn’t care what buyers did with the 83 bunnies they had left.

As is often the case with animals used by breeders, the rabbits were living outside in filthy feces-filled cages. Sitting on the wire cage bottoms caused sores and wounds to develop on their feet, and flies were swarming around them. The breeder admitted that the cages had not been cleaned in a year! The vulnerable rabbits had nowhere to hop to, no grass, and no semblance of a real life. 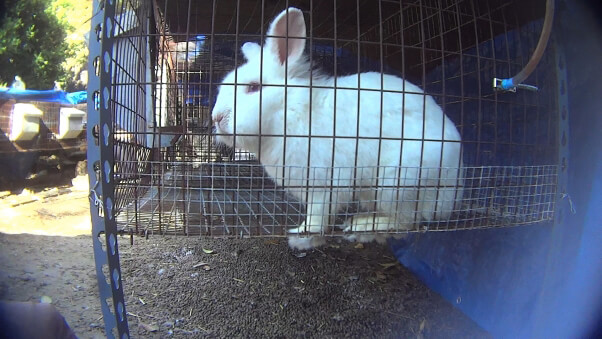 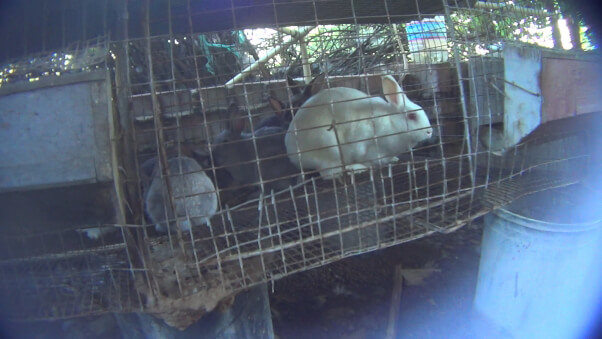 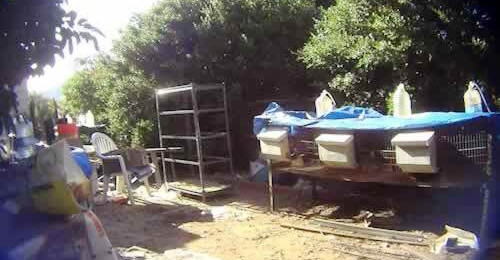 PETA negotiated a low price and hopped to, working to get all the bunnies out of there. We moved quickly, as one of the bunnies was already lying dead inside a cage. 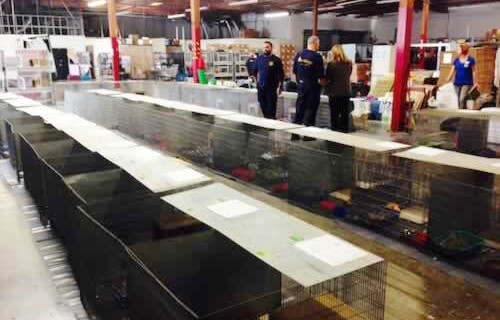 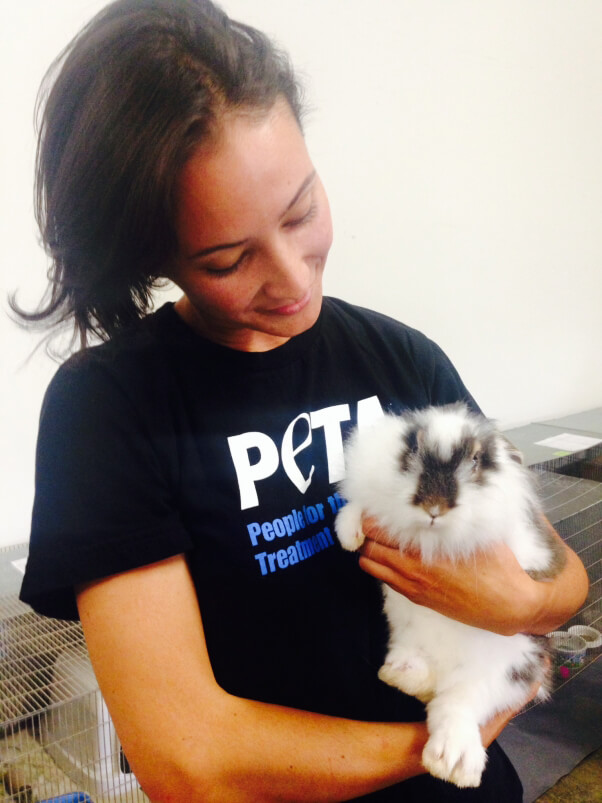 Our friends at the San Diego Humane Society and SPCA agreed to provide the animals with veterinary care, which was essential, as some of them had teeth so severely overgrown that they’d begun to curl back into their mouths. The rabbits were suffering from varying medical problems, including dental issues, overgrown claws, skin sores, hair loss and respiratory problems. Some of the rabbits were missing ears or toes, officials said. 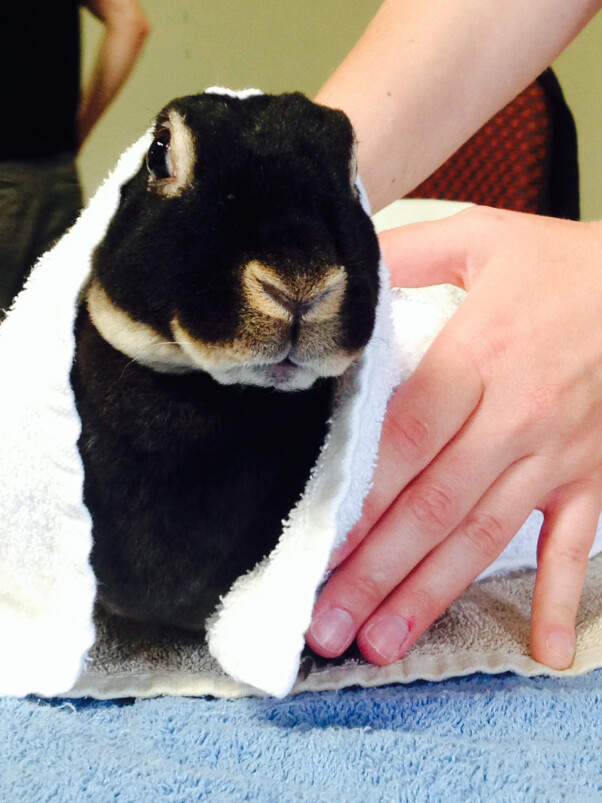 Now that they have received veterinary care and have had a chance to adjust to their clean, spacious new surroundings, the rabbits are up for adoption. They are seeking loving homes where they will finally be friends, not food or fur. 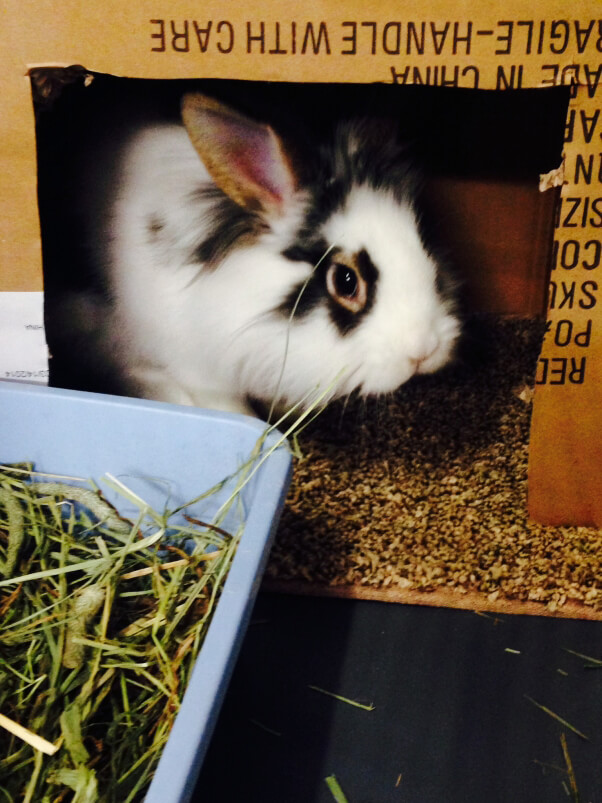 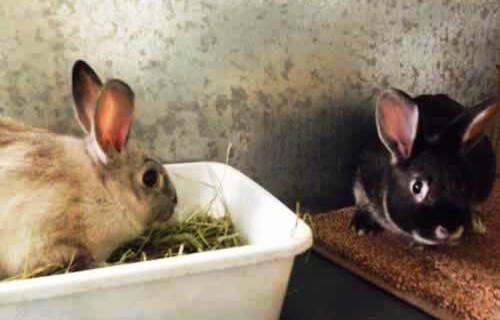