With the passing of Mary Tyler Moore, the world has lost a legend in the entertainment industry, and animals have lost a passionate and long-time activist. 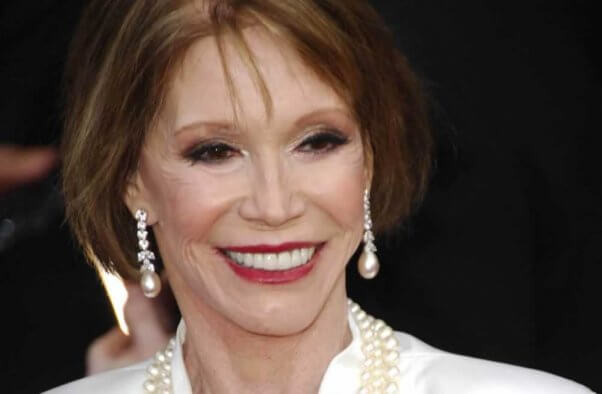 From her groundbreaking television series, the Mary Tyler Moore Show, to her advocacy for animals, Mary Tyler Moore was a pioneer in everything she did. A long-time PETA supporter, she was the first celebrity to donate a fur—a $112,000 sable—to PETA for use in protests. She wrote about it in her memoir and said, “Behind every beautiful fur coat, there is a story. It is a bloody, barbaric story.”

She also helped PETA rescue a 65-year-old lobster from a restaurant tank. “Marine biologists report that lobsters are fascinating beings with complex social interactions, long childhoods, and awkward adolescences,” Mary wrote in an open letter to a Maine newspaper. “Like humans, they flirt with one another and have even been seen walking ‘claw-in-claw’! And like humans, lobsters feel pain.”

Her lobster rescue later became the inspiration for an episode of the Ellen show, in which Ellen rescues a lobster from a seafood restaurant and is later honored by none other than Mary herself.

As a longtime vegetarian, she hoped to change the way people thought about animals killed for food, saying, “I’m convinced, with heightened awareness, that there will come a time when we look back and say, ‘Can you believe that people used to eat animals?’ A human being has been given an intellect to make choices, and we know there are other food sources that do not require the killing of a creature that would protest being killed.”

In 2001, she sponsored the “Great American Meatout” to show the public how to eat healthfully without including meat. She also cofounded Broadway Barks, which holds yearly animal adoption events, and rescued or adopted many animals throughout her life—from dogs to goats to horses.

She also spoke up for horses when she starred in a public service announcement about the estrogen drug Premarin, in which she detailed the poor treatment of horses raised for their urine, who are kept confined and pregnant and whose foals often end up in the slaughterhouse. Additionally, she hosted a news conference during which she urged women to stop taking the cruelly produced medication.

Mary’s last name was à propos, because the “Moore” animals needed her, the “Moore” she gave. She never missed an opportunity to help any animal in need. “I love them all!” she said. “Even those animals for whom I have no particular feeling—like snakes or alligators or any of the creepy crawly fellows. I still care very much about them and would never tolerate inhumane treatment to them.”

Rest in peace, Mary. We miss your wit, wisdom, and compassion already.