People from all walks of life support PETA’s “Angels for Animals” doghouse delivery program—including some who can really relate to lonely “backyard dogs” who have been sentenced to life in “solitary confinement”: prison inmates.

PETA member Jim Conroy is the special investigative supervisor at the Northeast Ohio Correctional Center (NEOCC), and he often receives PETA e-mails about our doghouse delivery program. He was so inspired by the “before” and “after” photos of the dogs who have benefited from our program that he wanted to do something to help. 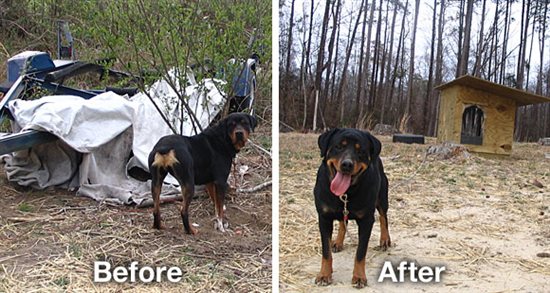 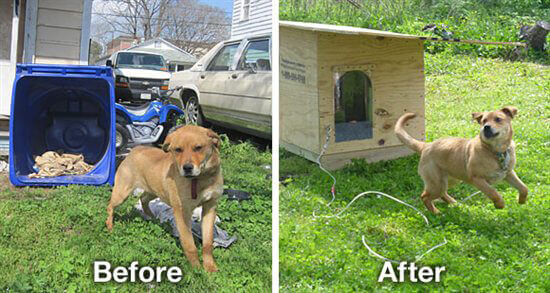 Jim started donating regularly to the program, but in the summer of 2014, he had a brainstorm: Why not put inmates to work for animals? NEOCC has a carpentry class that teaches inmates practical job skills. Jim pitched the idea to NEOCC Warden Michael Pugh to have inmates in the class build doghouses like PETA does and donate them to local humane societies and police departments. The inmates would be helping needy dogs and learning a valuable skill at the same time—it was a win-win situation for everyone. PETA provided Jim with the doghouse building plans, and he approached the local Home Depot, which donated the majority of the supplies. 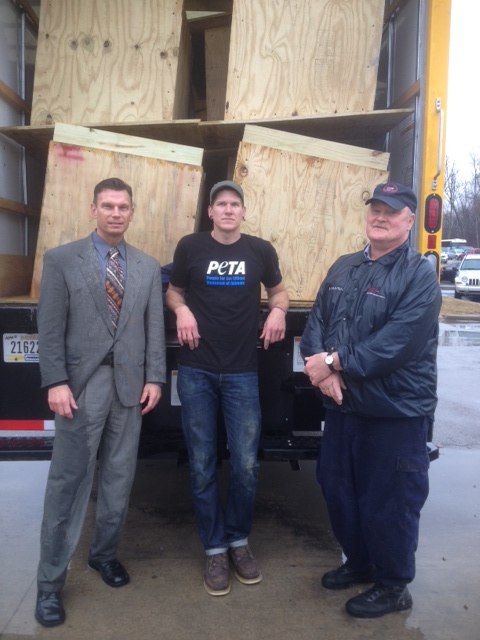 The inmates built more than 70 doghouses, which they donated to PETA and local animal protection groups, and they continue to produce up to 15 doghouses per month. Since the program was such a huge success, we are hopeful that it will continue to grow and that other correctional centers will implement similar programs.

Please support PETA’s “Angels for Animals” doghouse program. PETA’s sturdy doghouses and straw bedding are often the only things standing between cold, lonely “backyard dogs” and a miserable death. While delivering doghouses, our fieldworkers and volunteers also regularly check up on dogs and take them toys and treats, too.