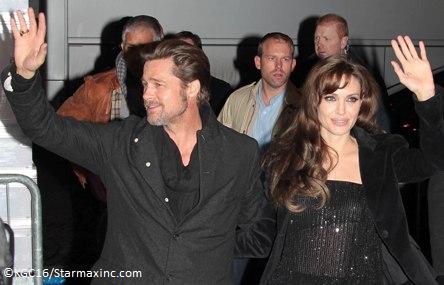 First Angelina Jolie swore off fur. Now she and Brad Pitt are donating $2 million to Namibia’s N/a’an ku sê Wildlife Sanctuary, which rescues and rehabilitates injured and orphaned wildlife and also employs and provides aid to native bush people. The Jolie-Pitt family spent Christmas there helping conservationists treat injured African wild dogs and other animals and watching a rehabilitated leopard be released into the wild.

The donation was made in the name of Angelina and Brad’s daughter Shiloh, who was born in Namibia. We think that sounds like a pretty awesome Christmas present to Shiloh—and the animals.