Covered only with bodypaint representing the Earth’s oceans and continents, five nearly naked PETA supporters—including model and former Dallas Cowboys cheerleader Bonnie-Jill Laflin—turned heads earlier this week in front of Los Angeles’ TCL Chinese Theatre. Just in time for Earth Day, the PETA members gave curious passersby more than an eyeful as they distributed free vegan starter kits and told them how we can all do our part for the environment simply by choosing healthy, humane vegan meals. 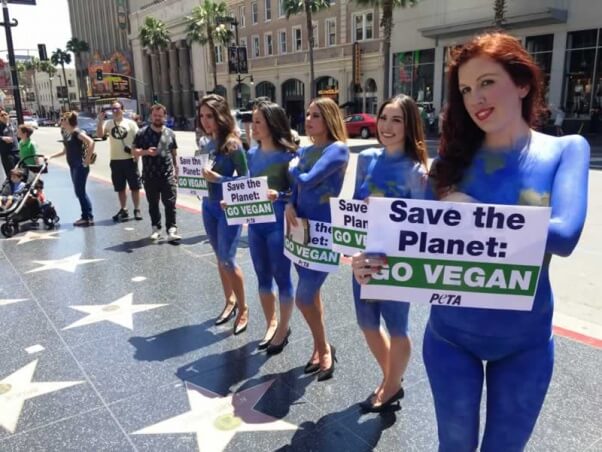 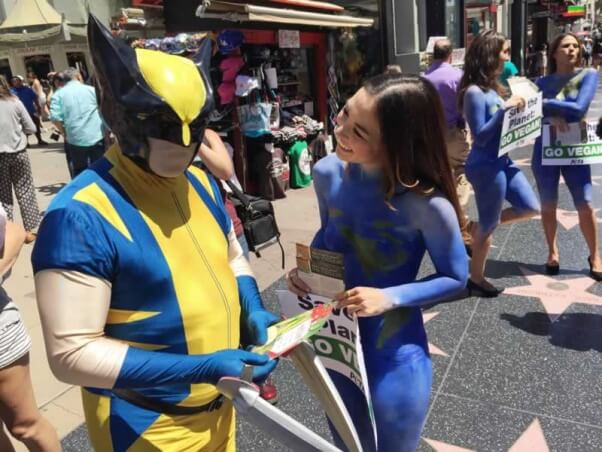 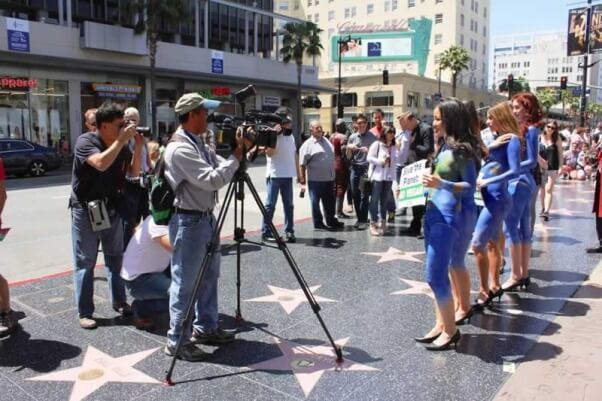 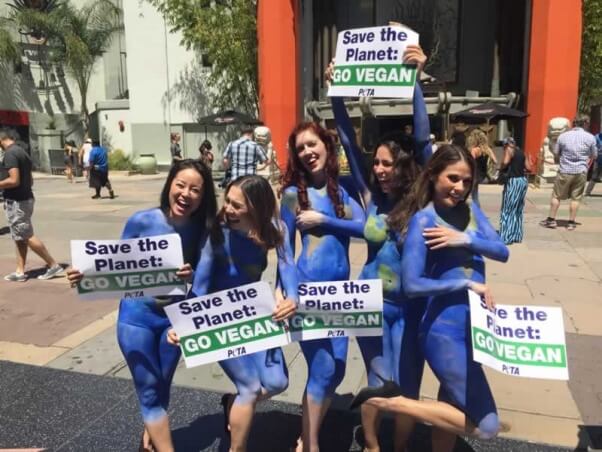 According to the United Nations, raising animals for food is a top contributor “to the most serious environmental problems, at every scale from local to global.” It takes an amount of water equivalent to six months’ worth of showers to produce just 1 pound of meat, and animal agriculture is a major producer of the greenhouse-gas emissions that cause climate change. In addition, the meat industry is responsible for the suffering and terrifying deaths of billions of animals every year.

#LA: Naked ladies painted like Mother Earth take over #HollywoodBlvd for #EarthDay to show vegans save the planet!https://t.co/XT7tNFckSM

The best—and tastiest—way to help the environment is to switch to plant-based foods. Make the planet a happier, healthier place by pledging to go vegan today.