Just in time for Halloween, PETA members wearing little more than black-and-white bodypaint posed as “skeletons” in upright coffins in Seattle and Los Angeles with signs proclaiming, “I Wouldn’t Be Caught Dead in Fur/Wool/Leather/Down.” 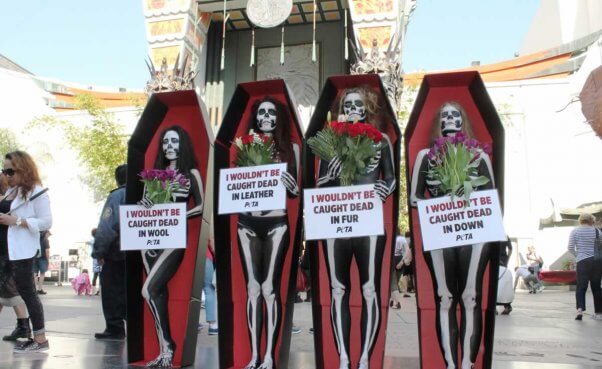 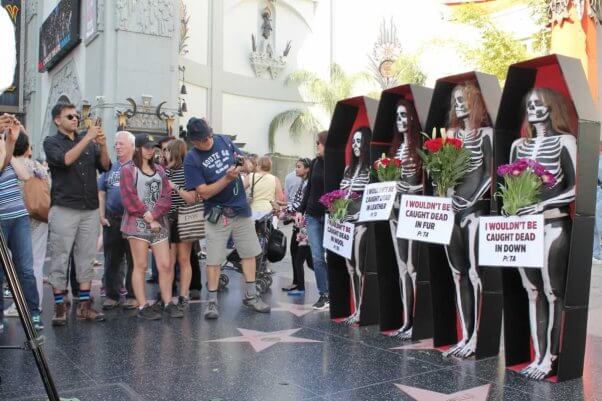 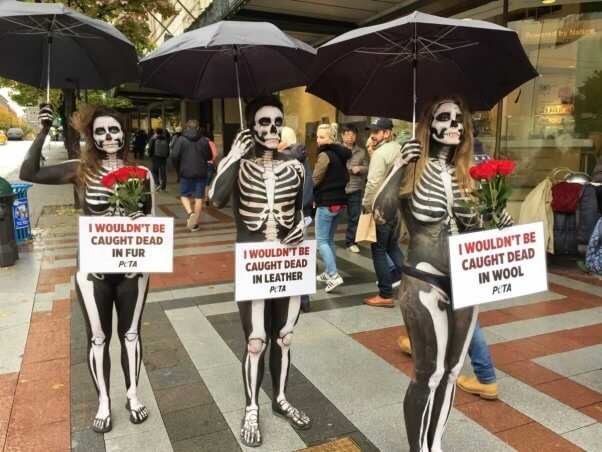 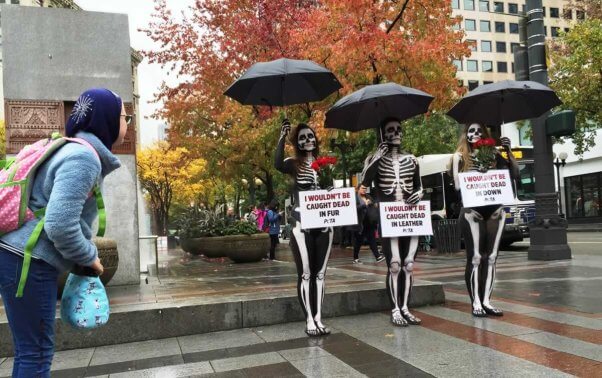 Dozens of tourists stop in their tracks on the #HollywoodWalkofFame to learn that animals are NOT clothing! pic.twitter.com/HifokstoFK

Sheep are beaten, punched, kicked, and even killed by impatient shearers in the wool industry. Animals killed for fur are caged, bludgeoned, electrocuted, and even skinned alive. Cows endure all the horrors of the meat industry—including castration, branding, and dehorning—before they are skinned for leather, and birds used for down spend their entire lives in crowded, filthy sheds until their throats are slit.

Learn how to wear vegan.