PETA has been on pharmaceutical company Amgen’s case for years over the company’s stubborn refusal to more actively implement alternatives to animal experiments, among other things. But we’re riding high this week after pulling a fast one at Amgen’s Tour of California Bike Race.

Amgen sponsored the massive race and had its branding everywhere, but so did we: 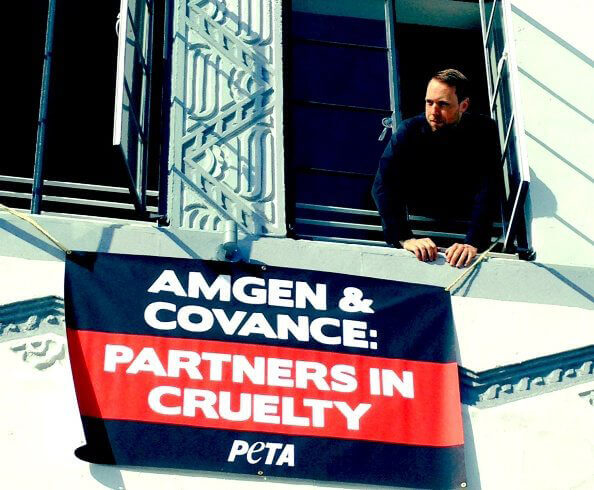 PETA got the last laugh near the finish line. As the racers flew by and the news cameras flashed, two stealthily placed staffers whipped out signs about Amgen’s animal abuse and held them high for the crowd to see: 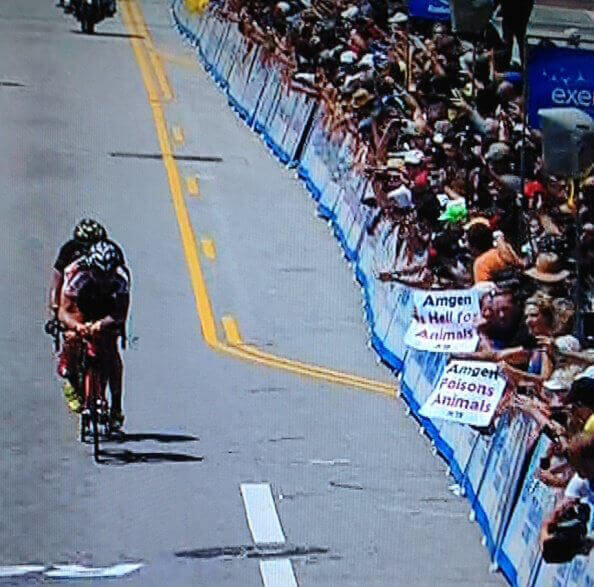 It’s time for Amgen to join in the race to replace animal tests with modern science.