Progress! This year, no elephants will be used in The Big E fair! After Beulah—the last elephant exploited for it—dropped dead in a parking lot, fair organizers heard PETA, more than 175,000 of our supporters, and local residents loud and clear. This elephant-free event is a step in the right direction, and The Big E could win a blue ribbon for kindness by officially banning all exotic-animal displays.

Nearly four months after Beulah the elephant died, the U.S. Department of Agriculture (USDA) has finally released a cause of death.

According to the agency, Beulah died last year at the age of 54 of sepsis developed from a uterine infection. Instead of allowing her to pass away peacefully at an accredited sanctuary, exploiters worked her nearly until her last breath.

Beulah was forced to travel and stand on concrete so that attendees of The Big E fair (formerly the Eastern States Exposition) could take photos with her. She suffered through these photo ops even though she had a uterine infection that had gotten so bad, it poisoned her blood and eventually killed her.

Inconceivably, in a letter penned by Secretary of Agriculture Sonny Perdue to Sen. Richard Blumenthal, the USDA claimed that Beulah was receiving adequate care. This is yet another example of the agency’s long-criticized “hands-off” veterinary-care policy, in which it defers to the exhibitor’s veterinarian rather than independently assessing the adequacy of care.

Beulah and other elephants had been used at the West Springfield, Massachusetts, event for years. But less than a week into last year’s fair, her handlers—R.W. Commerford & Sons Traveling Petting Zoo—canceled the exhibit without explanation. Days later, the fair announced that she had died.

Beulah was taken from her family and her home, and she was deprived of her freedom. Commerford put her in chains and used her to make money for decades without caring that such treatment destroyed both her body and mind. 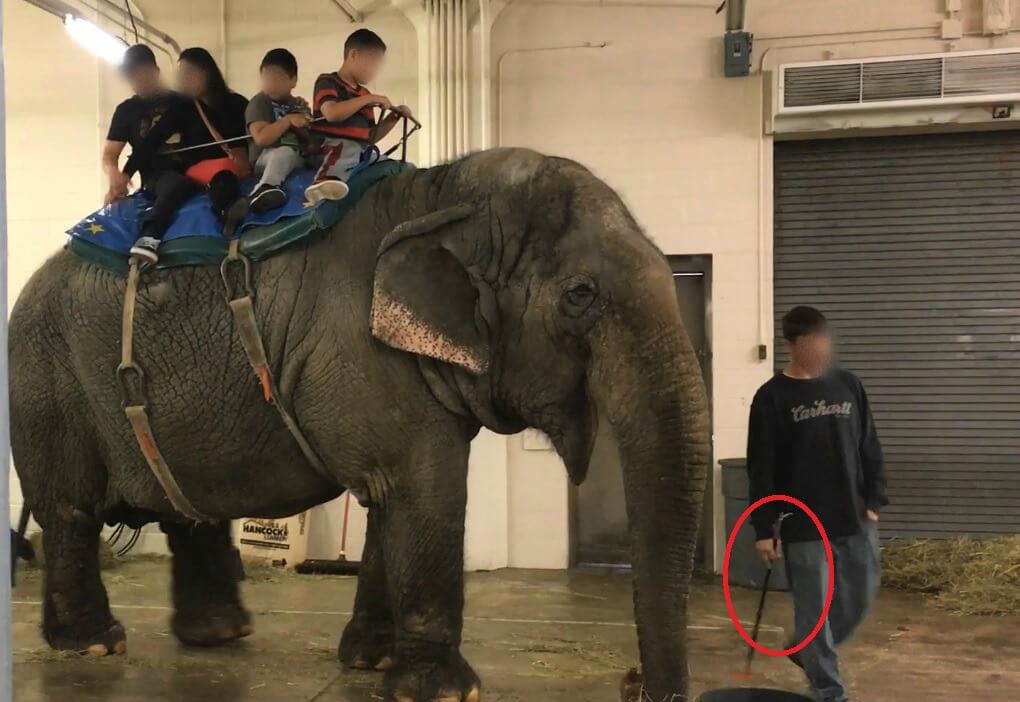 In 2017, Commerford received a citation for failing to provide Beulah with adequate veterinary care for overgrown cuticles. This condition can predispose elephants to painful foot disease, which is a leading cause of death in those held captive.

Beulah desperately needed to be retired, but she never was. She lived in pain and died a prisoner. Commerford must do what’s right by retiring the elephant it’s still holding to a reputable sanctuary.

Reportedly, the USDA confirmed that Karen—another elephant owned by Commerford—died in March 2019. With two elephants’ deaths in one year, Minnie is now the sole elephant exploited by Commerford.

PETA is once again calling for an end to cruel, dangerous, and archaic wild- and exotic-animal exhibits at The Big E.

Year after year, we’ve called on The Big E to stop supporting the torment of animals, but it’s responded only with bogus legal threats in an attempt to silence us. Last year, the fair caused public outrage after a photo of a suffering elephant named Minnie being forced to give rides to fairgoers went viral. The release of that image was followed by a horrifying video showing a handler violently jerking a camel who appeared to be exhausted. PETA—along with over 100,000 concerned citizens—has called for an end to the fair’s cruel animal acts. Beulah’s death should bring even more shame on The Big E and is all the more reason for the fair to stop exploiting wild animals.

Wild-animal shows are on their way out—circuses are shutting down or dropping their animal acts, and hundreds of venues and dozens of communities are banning them. Yet some fairs still support the exploitation of living, feeling beings for mere minutes of human entertainment. It’s not too late to help Beulah’s only surviving companion, Minnie, who has been all alone since Beulah’s death:

Urge Commerford to Send Minnie the Elephant to a Real Sanctuary