When Ron Artest isn’t sticking it to his opponents on the basketball court, he’s sticking up for animals. That’s why the Houston Rockets forward teamed up with us and the Houston Humane Society to star in an ad urging people to get their dogs “fixed.” 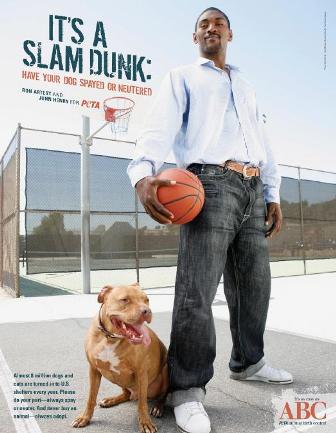 “These animals are literally dying for a good home,” says Artest, the NBA Defensive Player of the Year for the 2003-2004 season. “Millions of dogs and cats in shelters across the country are euthanized every year because there simply aren’t enough good homes for them. Spaying and neutering your [animal companion] will help control the overpopulation problem.”

Artest unveiled the ad today in honor of Spay Day. Check out photos from the event below: 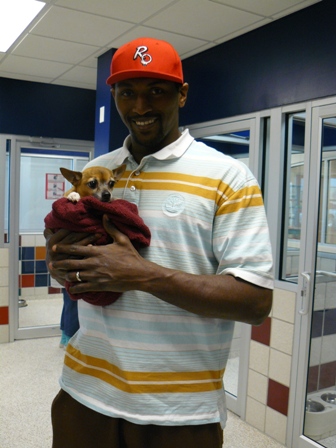 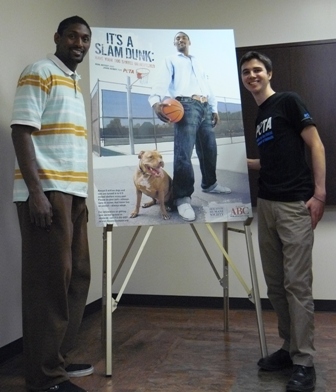 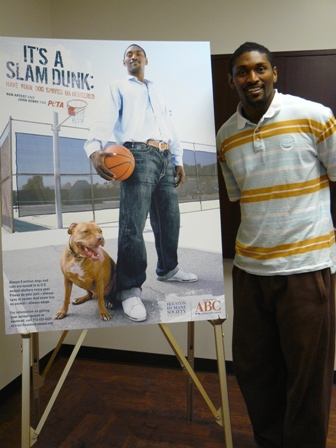