The meat-eating public’s general reaction—disbelief, denial and anger—to the World Health Organization’s (WHO) announcement that bacon and other processed meats cause cancer and that red meat, including beef, pork and lamb, is probably also carcinogenic, shows that meat is not just cancerous. It’s also addictive. Even after reading reports linking meat to colorectal cancer—which can cause diarrhea, rectal bleeding and abdominal pain and even be fatal—many meat-eaters are refusing to change their eating habits. Some even insist that they’d rather die than stop eating bacon. 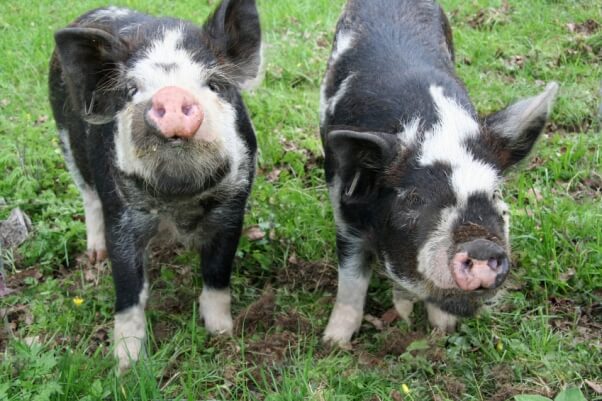 I think those people need to attend Meat and Dairy Eaters Anonymous meetings to help them kick their unhealthy addiction, or they may well get what they want.

Seriously. There are 12-step programs to help people kick their addictions to alcohol and cigarettes, and according to WHO, cured and processed meats belong in the same category. Kim Robien, a cancer epidemiologist at The George Washington University Milken Institute School of Public Health, says the WHO report is “very legitimate” and confirms longstanding research showing that meat consumption raises one’s risk of cancer.

Just a few days after the WHO report first made headlines, scientists from Oxford University revealed that eating one steak per week increases one’s risk of colorectal cancer by more than two-fifths and that people who eat meat twice a week have an 18 percent higher risk compared with vegetarians. Other studies have linked meat consumption to heart disease, diabetes, strokes and several other types of cancer.

And yet many people are still eating meat.

This may be because meat and other animal-based foods contain opiates and other drug-like chemicals that cause people to get “hooked” and keep craving more. A recent study conducted at the University of Michigan and released by the U.S. National Library of Medicine indicates that the more processed and fatty a food is, the more likely it is to cause addictive eating behavior. Meat-eaters and vegans alike can agree that many vegan foods, such as strawberries, peaches and pasta with marinara sauce, are quite tasty, but they’re not chemically addictive.

Researchers identify addictive foods based on people’s responses to the Yale Food Addiction Scale questionnaire. Many people reportedly have a hard time controlling their intake of foods such as pizza, steak, bacon, cheeseburgers and ice cream. Cheese is thought to be especially addictive because the casein (milk protein) it contains releases opiates called casomorphins.

According to Dr. Neal Barnard, the author of Breaking the Food Seduction, it takes just three weeks to kick cravings for addictive foods like meat and cheese. This explains why 21-day vegan programs are so popular—and effective. If you stopped eating addictive foods for three weeks, you’d crave them much less than you would if you had eaten them the previous day.

Giving meat and other animal-based foods the boot will reduce your risk of life-threatening illnesses and help animals at the same time. Researchers have found that people who eat plant-based meals are between 25 and 50 percent less likely to get cancer, and each vegan spares more than 100 animals every year.

Bacon isn’t worth dying for—not for people and certainly not for pigs. With so many tasty vegan foods to enjoy, kicking the meat habit is entirely possible. And it could save your life.