Atlantic City, New Jersey, has made turtles and other marine animals a little luckier. The city council voted last week to ban outdoor balloon releases in order to help prevent ocean animals from swallowing the balloons once they land in the water. 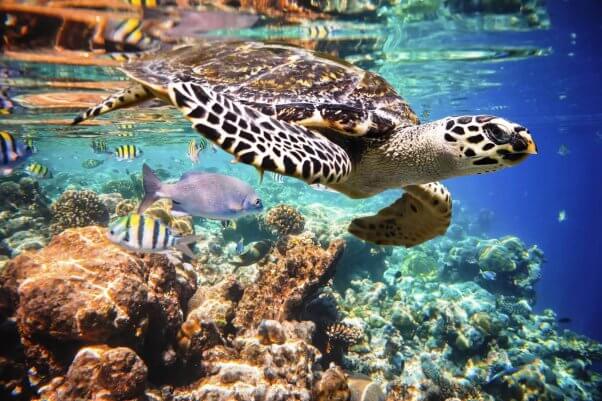 Soft plastics, such as bags and balloons, are thought to look like jellyfish to hungry sea turtles and other marine animals. But once animals swallow the plastic, it can become lodged in their digestive tract, making it impossible to digest food—so they eventually starve to death. The neighboring cities of Ventnor City, Margate City, and Longport have also banned outdoor balloon releases to protect ocean life.

PETA is sending Atlantic City a letter of recognition, a framed Compassionate City Award, and tasty vegan chocolates in the shape of, naturally, smiling sea turtles. 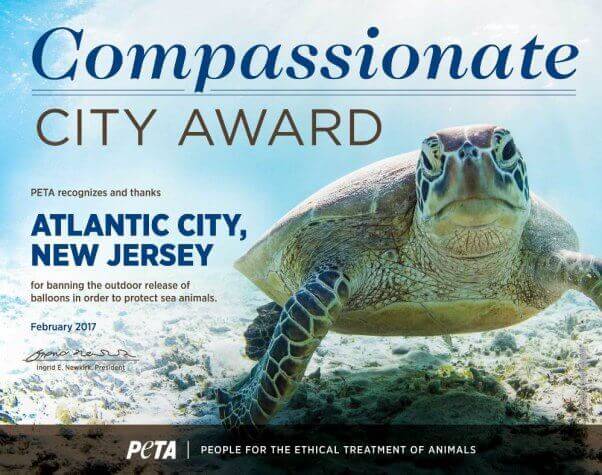