The U.S. Army’s plans to use animals in trauma training are enough to make a goat faint. The army is in the market to buy up to 3,600 goats to torment and kill in exercises like those seen in this shocking undercover video, which PETA released last month. The video, sent to us by a brave whistleblower, shows instructors as they saw off live goats’ limbs with tree trimmers and crudely cut open the animals’ abdomens and yank out their organs. Goats moan loudly and kick during the procedures. 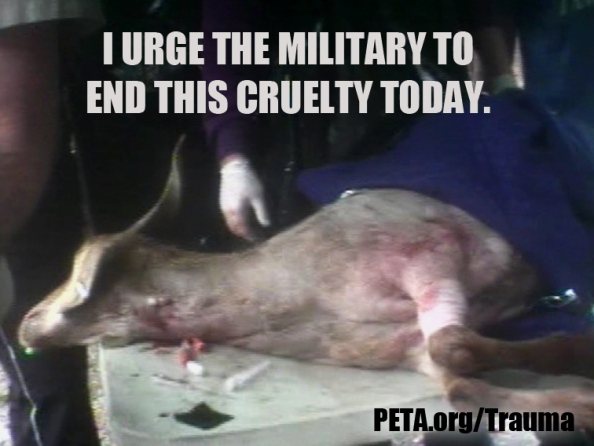 Goats are intelligent, inquisitive, social animals who can quickly learn to open latches on farm gates and let themselves out. Moms and kids share a strong bond and have been known to recognize each other even if they have been separated for years. 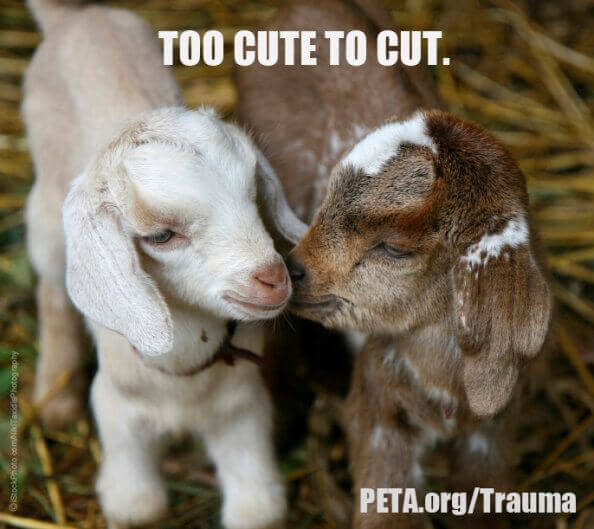 The Army plans to mutilate thousands of goats even though high-tech human simulators are readily available and offer soldiers superior training in how to treat wounds in the field.