A zookeeper was killed this weekend by a tiger at Hamilton Zoo in New Zealand. Unfortunately, this is just the latest in a long list of such incidents at zoos around the world, including another fatal attack in Poland just days ago.

We are deeply saddened to confirm the death of a female staff member today after an attack by one of the zoo’s Sumatran tigers. (1-2)

Zoos can give people the false idea that these animals are little more than cuddly kitties who can be used and abused for our entertainment. However, captivity in a zoo does not extinguish tigers’ natural instincts. Captive big cats attack humans with staggering regularity, which just serves to illustrate the profound levels of stress, anxiety, and agitation that these animals can experience every day of their lives. 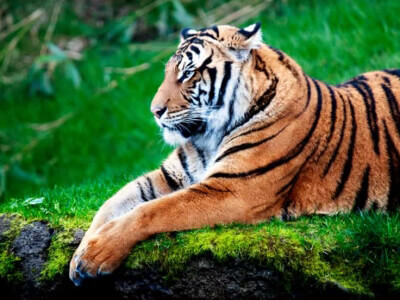 Captivity often means that tigers must endure a living hell, and it also denies them the opportunity to engage in many of the types of activities that give their lives meaning. It’s difficult for animals to thrive in such an artificial, stressful environment.

As long as people continue to buy tickets to zoos, animals will continue to suffer and tragedies like this will continue to happen. Talk to family, friends, and coworkers, especially those with small children who may be inclined to visit these places, and explain to them that every ticket purchased directly contributes to animals’ misery. Choose animal-free entertainment for your next outing!