Vegan Anne Hathaway’s footwear at the Les Miserables premiere was the talk of Tinseltown this week. The 2013 Golden Globe nominee asked Tom Ford to design the custom leather-free boots that made her daring look.

Word on the street is that Anne is also a huge fan of cruelty-free Stella McCartney heels. And she’s not alone: Stores are reporting “extreme demand” for the designer’s luxurious leather-free accessories.

Vegan Carrie Underwood is in extreme demand, too. She just scooped up Female Artist of the Year honors at the American Country Awards, and she’s always a favorite when it comes to animal issues. In her recent interview with Self magazine, Carrie said, “My veganism is based on a concern about where my food is coming from. In my perfect world, I’d have webcams wherever food is processed so I’d know how clean it is. … I’ll never eat meat again, because I look and feel better without it.”

Rob Thomas has continued to use his voice to make sure homeless animals’ voices are heard by urging his legions of Twitter followers always to adopt and never buy animals. And several of his fellow celebrities followed suit with animal-friendly posts of their own: 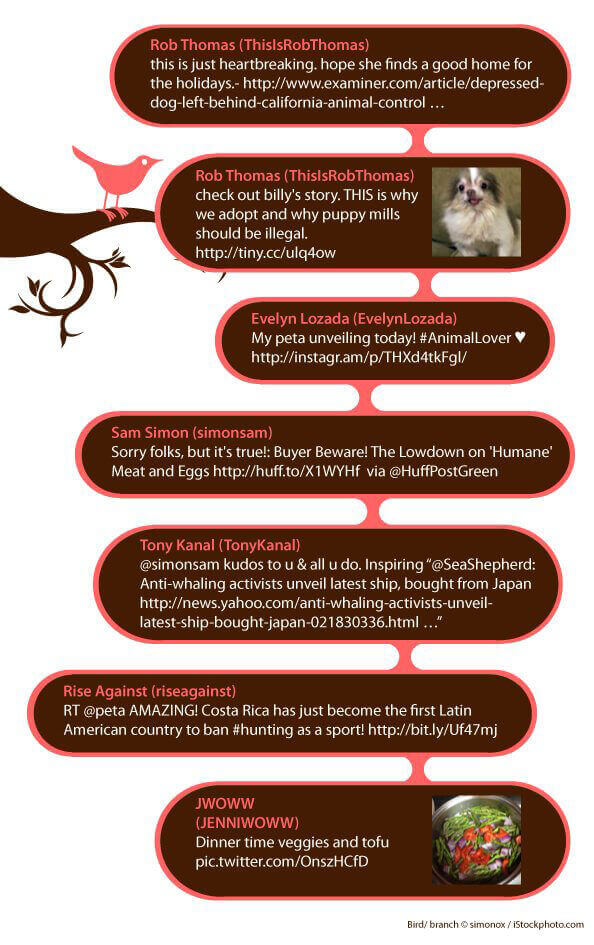 Our late friend Michael Clarke Duncan’s last film, In the Hive, opens this weekend in select theaters. Check for showings near you to see “Big Mike”—who was such a big voice for animal protection—grace the big screen one final time.