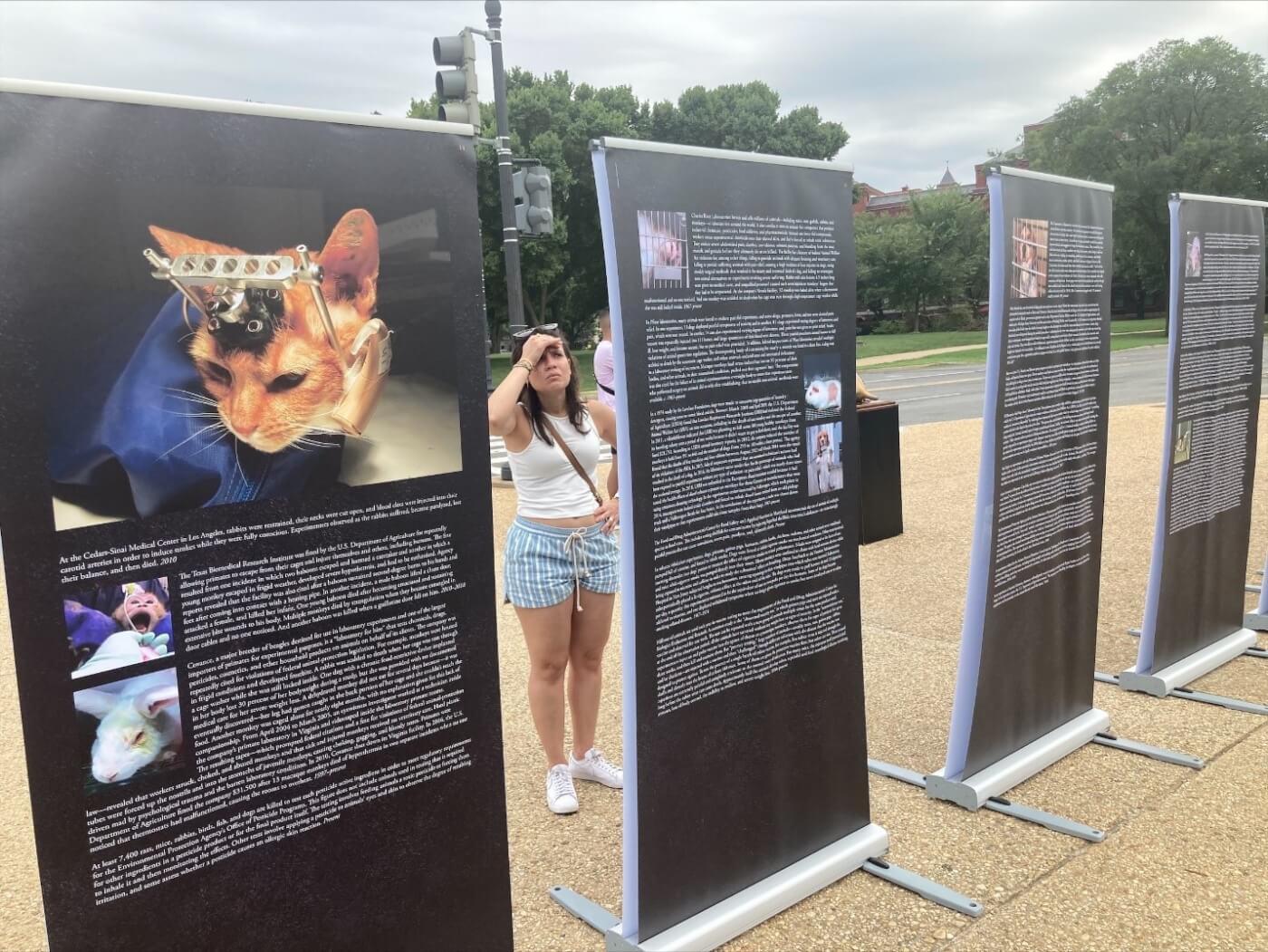 Dogs and Other Animals Are Poisoned and Tormented

Almost 65,000 dogs are tormented in U.S. laboratories every year. Each is an individual who experiences fear, loneliness, love, and pain, yet they’re deprived of everything that’s natural and important to them. They’re poked, prodded, biopsied, infected, injected, and robbed of their babies. Many are isolated inside steel cages, with nothing to see or do.

Dogs, who are remarkably social and intelligent and can recognize almost 200 human words, are a favored species in toxicology studies. In these experiments, large doses of a test substance—such as a drug, an industrial chemical, a pesticide, or a household product—are force-fed to animals or injected into their bodies, slowly poisoning them. Despite the availability of high-tech research methods—including organs-on-chips and high-speed computers programmed with human data—dogs are used in a variety of invasive and sometimes extremely painful experiments.

Each year, experimenters imprison over 110 million sentient beings—who value their lives just as we value ours—in laboratories across the U.S. Most of the animals who survive the horrors of experiments are killed.

Thanks to a PETA undercover investigation into Inotiv’s now-shuttered Envigo dog-breeding facility in Virginia, 4,000 beagles bred for experiments have been rescued from the site.

“Without Consent” tells the true stories of dogs and other animals who were harmed and killed in experiments that they did not and could not consent to,” says PETA Vice President Dr. Alka Chandna. “Humans are only one animal species among many, and having the power to exploit the others does not give us the right to do so.”

‘Without Consent’: Looking at the Numbers

“Without Consent” first hit the streets in 2021, and its success continues:

In creating a platform to raise awareness of how animals suffer in experiments and to encourage collective action to end cruel tests, “Without Consent” has been stunningly effective. We can’t change history—but we can help create a better future.

PETA is calling on NIH—which spends over $21 billion in taxpayer funds annually on animal tests alone—to phase out these archaic experiments and adopt our Research Modernization Deal.

**These actions are limited to residents of the U.S. Discover six other ways you can help animals suffering in experiments no matter where you live.