PETA was joined by primate experts Dr. Mel Richardson and Kari Bagnall for a demonstration outside NBC’s North Hollywood offices in protest of the network’s cruelty in using wild-animal “actors” in its new, and thoroughly panned, show Animal Practice. 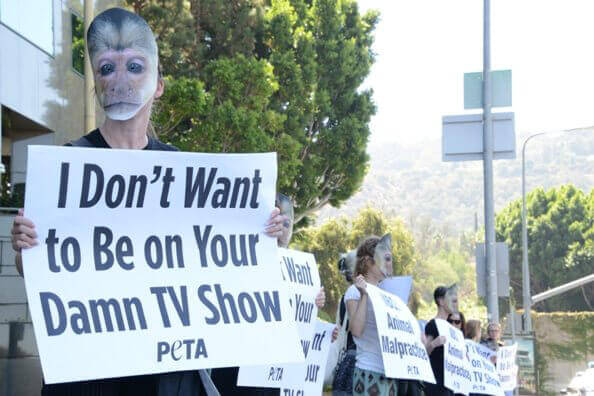 Featured as a central character in the show is a capuchin monkey named Crystal. At the news conference, Richardson and Bagnall described how the use of a monkey on NBC’s hit series Friends led to a wave of “pet” monkeys being discarded at primate sanctuaries after misguided purchasers realized that they were unable to meet these complex animals’ specialized needs.

The cheap laughs that Animal Practice gets from putting a monkey in a lab coat come at a high cost for Crystal and other animals on the show, who spend their lives deprived of everything that is natural and important to them. Stolen from their mothers shortly after birth—a cruel act for both the baby and the mother that denies the infants the care and nurturing that they need—monkeys used for entertainment, like other “animal actors,” suddenly find themselves in unfamiliar surroundings, isolated from others like themselves, and forced to learn and perform unnatural and bewildering stunts.

The “smile” that Crystal exhibits on the show is actually an expression that indicates fear and stress in capuchin monkeys. As capuchin authority Dr. Eduardo Ottoni explains, “[S]ince we do not usually understand their communicative behaviors properly, fear, submission, or avoidance displays can easily be mistaken for ‘smiles.'” 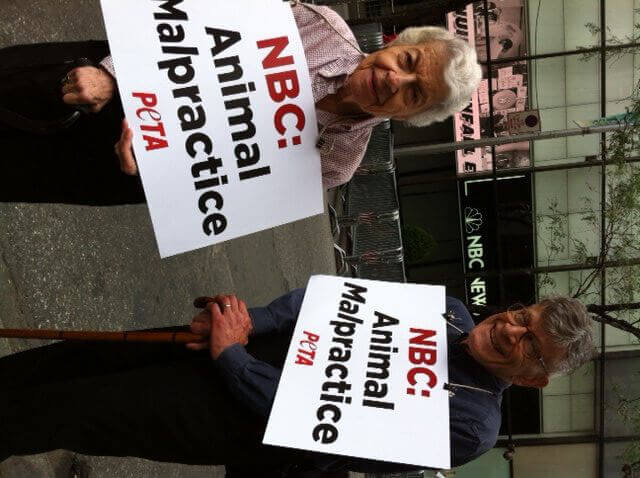 If this cruelty in the name of comedy turns you off, you can help by turning off Animal Practice and urging everyone you know to do the same. Please also politely express your disappointment about the use of Crystal and other wild animals to NBC Entertainment Chair Bob Greenblatt.