How can nanomaterials—tiny particles that are increasingly used in products ranging from paint to tennis rackets—be tested without forcing animals to inhale them? How can toxicologists switch from animal tests to superior computer- and human cell-based non-animal methods?

These are some of the questions that scientists from the PETA International Science Consortium Ltd. will address at the 57th annual Society of Toxicology meeting—the world’s largest scientific conference dedicated to toxicology. Roughly 7,000 scientists from more than 50 countries are expected to attend. The event runs from March 11 to 15 in San Antonio. 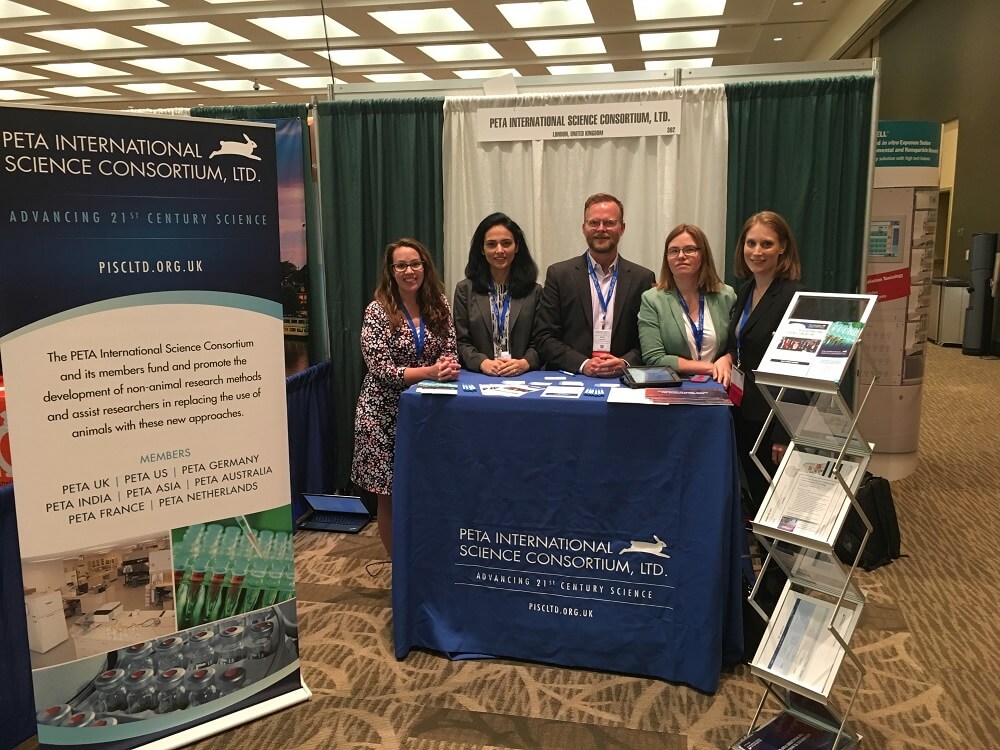 Toxicology has traditionally involved poisoning animals with toxic chemicals, but thanks to the efforts of forward-thinking scientists in industry and government—and with the help of scientists from the PETA International Science Consortium—this is changing.

At this year’s conference, Consortium scientists will present research that it funded with the goal of creating of a human cell-based system that could be used in an animal-free approach to predict the development of lung fibrosis in humans following inhalation of substances such as nanomaterials. They are also co-chairing a symposium session and a continuing education course focused on non-animal approaches to predicting human reactions to chemical exposure, in addition to cohosting a meeting to discuss means of accelerating the implementation of non-animal methods for inhalation toxicity testing.

The Consortium has put tremendous resources into accelerating the development and use of robust non-animal test methods that can predict chemical toxicity without poisoning and killing animals. Altogether, its members have contributed millions of dollars toward improving and implementing these methods, including funding their development and validation and organizing free workshops, webinars, and training opportunities for scientists.

PETA has been striving to replace animal testing for nearly 40 years, and in combination with PETA entities worldwide, we have more scientists working on this issue than any other animal-protection organization in the world.

Help us spare animals from suffering in painful laboratory tests: