The developer of the Android phone’s new game apparently has a heart like a robot too. Kage Games, LLC, touts its Dog Wars app as “a game that will never be in the iPhone App store.” And for good reason. Dog Wars encourages people to train virtual dogs to fight to the death and challenge other phone users to “dogfights.” Alicia Silverstone was so appalled when she heard about the app that she wrote a letter to the CEO of Google, maker of the Android, and Kage Games, asking that they pull the game right away:

“As a mom-to-be and someone who has adopted and loved rescued pit bulls, I join PETA’s millions of members in imploring you to cancel this game immediately. If one dog dies as a result of this game, you will not forgive yourself.” 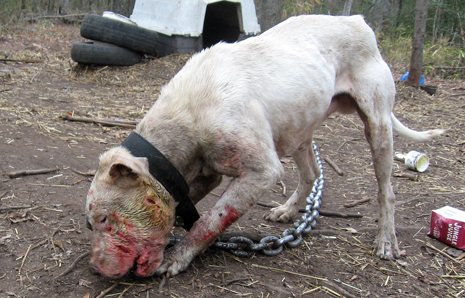 Dogfighting is so cruel that it is a felony in all 50 states, but underground dogfighting continues, and the Dog Wars game does nothing but encourage this violence against dogs and other animals.

You can help by contacting the Android market team and politely asking it to stop selling this sadistic “game.”