Amid calls for increased experimentation on monkeys during the COVID-19 outbreak, PETA is once again calling on Air France to stop flying monkeys to laboratories for pointless and deadly studies.

Air France is the only major airline that continues to transport monkeys to laboratories, despite the failure of primate experimentation to lead to cures and treatments. 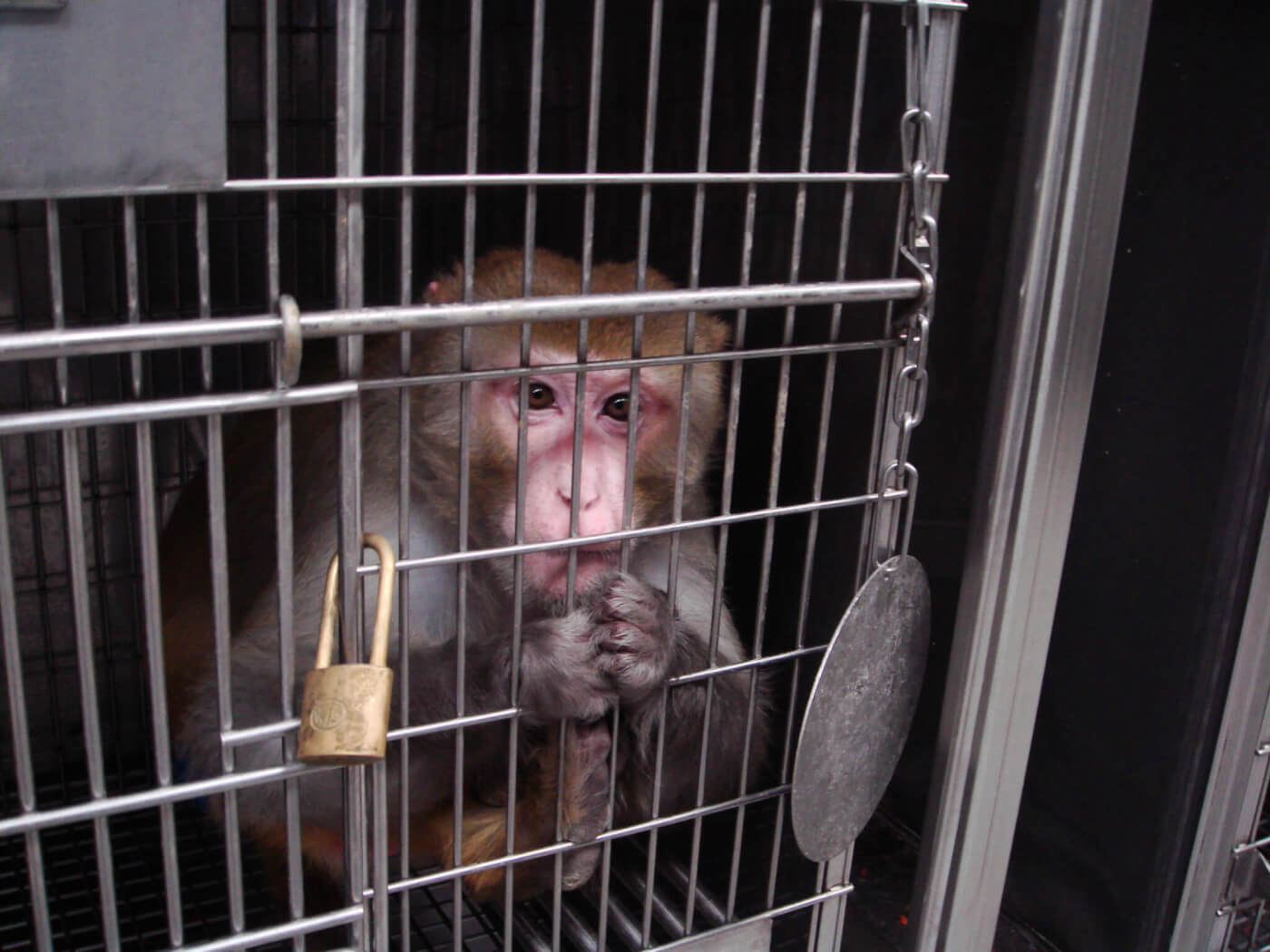 This has certainly dried up the supply of victims for callous experimenters who now scramble to get their hands on these animals for numerous reasons. We have a hunch that pointless COVID-19–related experiments may be a factor.

Rhesus monkeys in laboratories would starve themselves rather than subject their friends to electrocution. In nature, some monkeys lay sticks on the ground indicating to others which trail to follow. These sensitive, intelligent animals need our help now!

Monkeys are poor models when it comes to studying the effects of coronavirus on humans.

Animals are not tiny humans, and experiments on them have failed dismally in all areas of research. The use of monkeys as models of human infection in SARS and MERS (also coronaviruses) experimentation failed to yield any significant insight into these diseases in humans. It’s unlikely that the situation with COVID-19 will be any different, and we already know the virus isn’t the same in humans as it is in monkeys.

Vaccine trials for COVID-19, caused by the novel coronavirus, are already underway in humans.

A vaccine created by Moderna Therapeutics and funded by the U.S. government is going directly to clinical trials without the usual lengthy and irrelevant animal tests. Experimenters attempting to receive funding for pointless animal tests at this stage are taking money away from real scientific work to find worthwhile solutions. No one knows this better than the feds, who admit that 95% of new drugs that test safe and effective in animal trials go on to fail in humans.

There Are Serious Health Concerns With Importing Monkeys

Removing more monkeys from their native homes and importing them to laboratories also poses a significant health risk for Air France employees, cargo handlers, airport staff, and passengers as well as for laboratory workers in experimental settings.

Can you make it to the end? ✈️🐒 Tell @AirFrance to STOP shipping monkeys like this: https://t.co/q5IZVNl8zM pic.twitter.com/40jjNFgACY

The stress of transport has been shown to compromise immune function in monkeys. Depressed immune function can lead to reactivation of diseases such as tuberculosis, which is known to be prevalent in monkeys exported from China and Southeast Asia. Ill monkeys are more likely to transmit pathogens to humans, and they’re more likely to die in transit.

Whether experimenters are driven by greed or hubris, sending monkeys to laboratories is senseless and wrong.

With the current spotlight on public health and dangerous diseases, it’s more important than ever that Air France stop shipping primates to laboratories. PETA won’t give up until it does. Using the button below, join thousands in calling on the airline to stop transporting monkeys immediately.