Animals are suffering and dying in painful—and completely preventable—ways, such as freezing to death, being accidentally injected with bird flu, and getting stuck in floor drains: It’s business as usual at the Centers for Disease Control and Prevention (CDC) laboratories.

It hasn’t even been a year since PETA last exposed horrific abuse and neglect at the CDC laboratories in Atlanta, Georgia, including that monkeys sustained third-degree burns when they were left under scalding-hot heat lamps and heating pads for hours. 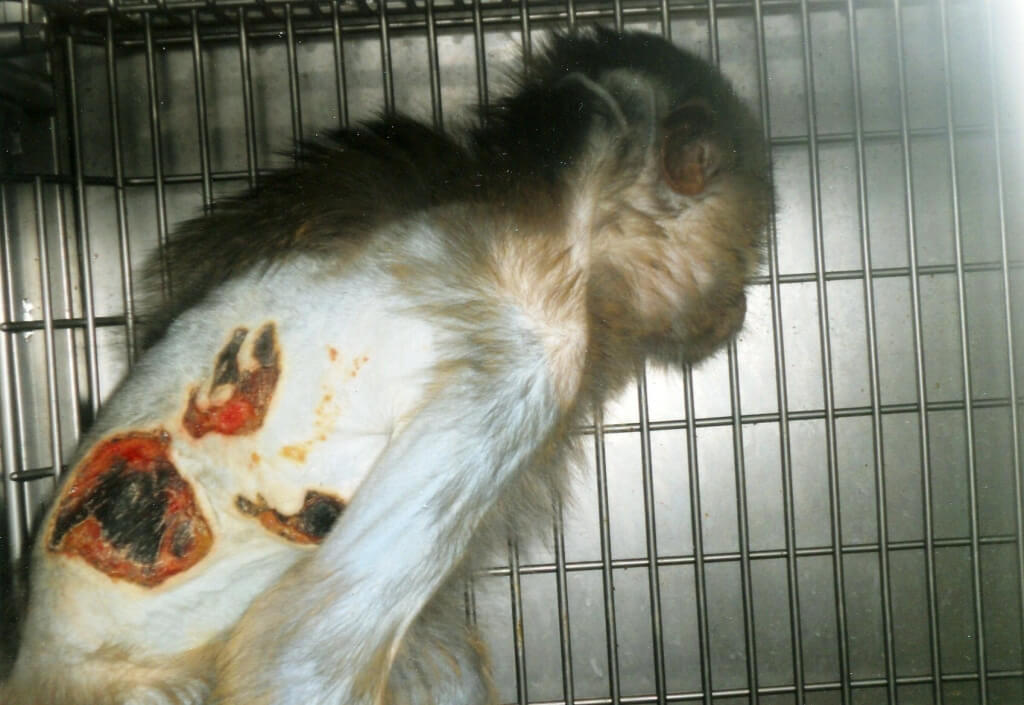 Yet through a public records request, PETA has obtained documentation of 13 federal animal welfare violations over a 12-month period, including glaring incompetence and gross mistreatment that led to torturous deaths for animals. These deaths included:

The CDC’s requested budget for fiscal year 2014 exceeded $6.6 billion, with more than $500 million earmarked for “monitoring health and ensuring laboratory excellence.” But the CDC’s own laboratories are rife with inexcusable problems. PETA is demanding that the Department of Health and Human Services inspector general investigate and implement stringent reforms to address the ongoing deficiencies at the CDC.