What if, at your local pet-supply store, you could purchase a training tool that would make your dog weaker, clumsier, less capable of learning, and less inclined to bond with you? And what if this tool caused feelings of frustration and fearfulness toward the outside world? Would you buy it? Of course not! Yet, millions of these “tools” are sold every year to guardians who genuinely care about their dogs but aren’t aware that a crate is really just a cage that can have ugly long-term repercussions. 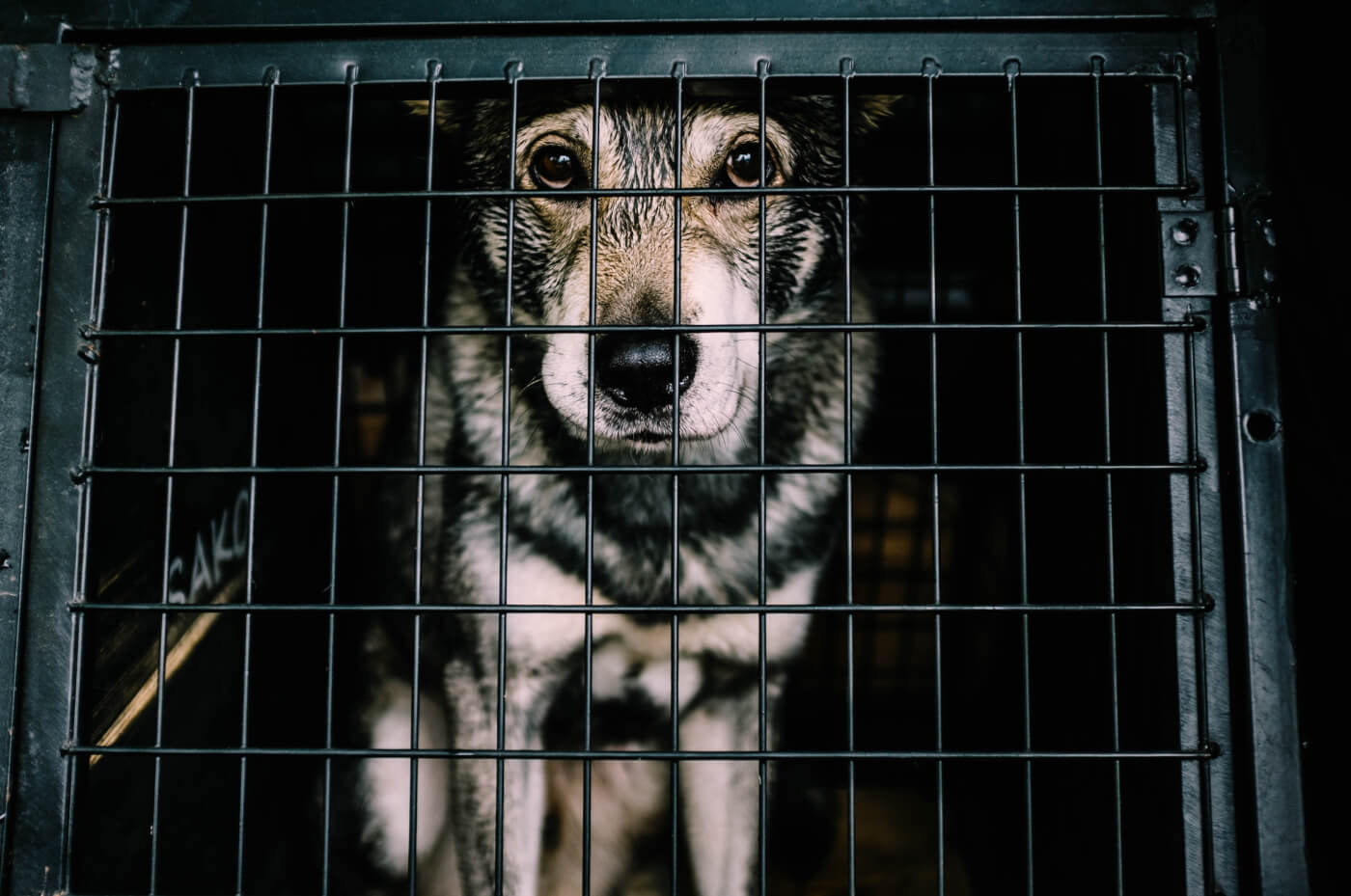 Dogs Hate Crates: How Abusive Crate Training Hurts Dogs, Families & Society is a book by Ray and Emma Lincoln that details the detrimental effects of crating on dogs and their families. The authors are experienced dog trainers and behavioral specialists who found that they were spending much of their training time trying to overcome dogs’ psychological and behavioral problems caused by crating.

People often keep their dogs in crates for 18 hours a day or longer, according to the authors, without even realizing it. The hours add up quickly: nine hours during the workday (including a commute), another eight hours at night, any period during which no one is home in the evening or on the weekend, and any time that guests come over or the dog is simply “underfoot.” That spells torment for animals who greatly prefer companionship to solitude. 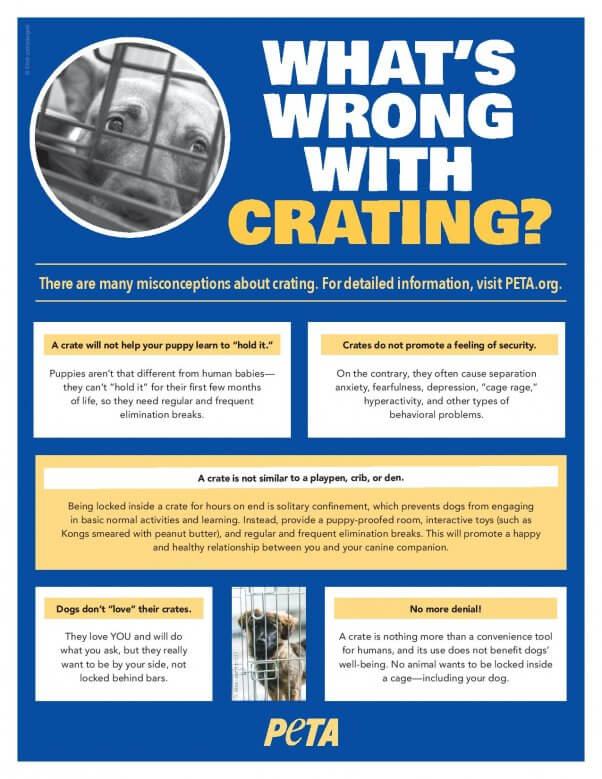 People who often cage their dog may try to argue, “But my dog loves his crate!”—but that’s a bunch of hooey. There’s no dog on Earth who “loves” to be locked inside a cage. However, dogs do love humans and will tolerate almost anything that their guardians force them to endure, including being locked up. According to experts quoted in the book, dogs who appear to enjoy being in their crates because they keep running back to them, even when given their freedom, are often really exhibiting an unnatural lack of self-confidence or fearfulness toward the outside world brought on by extreme confinement and long-term isolation.

At best, crating is a purely human convenience that merely postpones the day when real training will have to take place, because dogs simply can’t learn to interact successfully with the world while in isolation. At worst, it makes behavior training—including house training—more difficult and has lasting detrimental effects. And we’re not even talking about the dogs who have burned to death when they were unable to escape house fires and other disasters.

Please, encourage your friends who crate to try interactive training—both to benefit their dogs’ health and to improve their relationships with them. 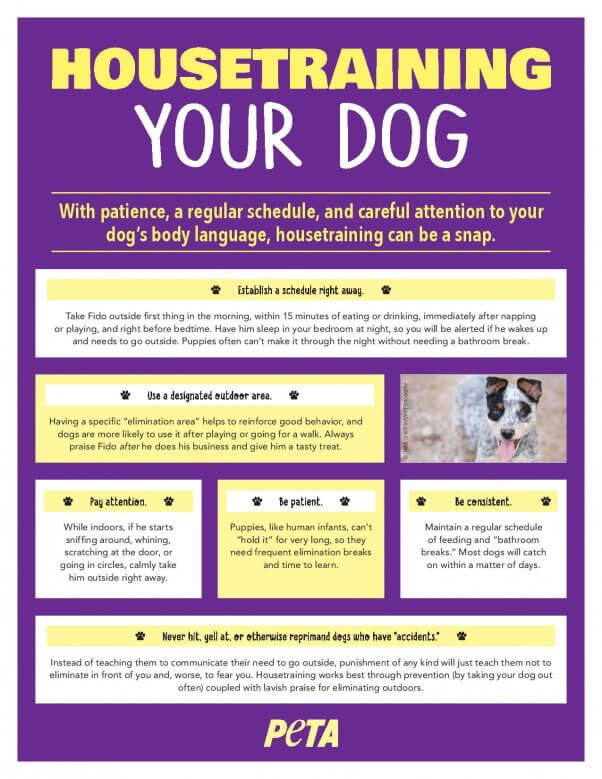