For readers who may be unfamiliar with the British vernacular, a “21 bum salute” is a charming, classically understated English way of saying “Hey chaps, we respectfully disagree with your actions. Any chance you might reconsider?” By way of an example, here’s a pic from PETA UK’s recent protest against the Queen’s Guards’ use of bearskin hats. Note the lovingly painted Union Jacks and the looming rainclouds in the background. Makes me proud to be British.

You can read more about the protest in this weekend’s Sun. 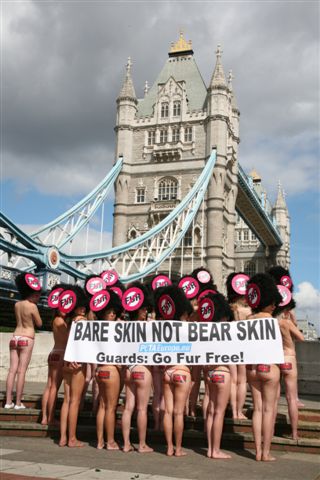