Are you still trying to cool off from the scorcher that was 2012? Scientists report that it was the hottest year on record for the U.S.—but instead of blaming Mother Nature, we can point the finger at ourselves. “It is abundantly clear that we are seeing [human-caused] climate change in action,” according to Kevin Trenberth, a senior scientist at the National Center for Atmospheric Research.

So PETA sent the greenest gals we know on a jaunt across Canada to show people how easy it is to go green—no bodypaint required. Since carbon dioxide, methane, and nitrous oxide together are the biggest contributors to climate change and raising animals for food is one of the largest sources of carbon dioxide emissions and the single largest source of both methane and nitrous oxide emissions, going vegan has been called the “single most effective thing you can do” to combat climate change. 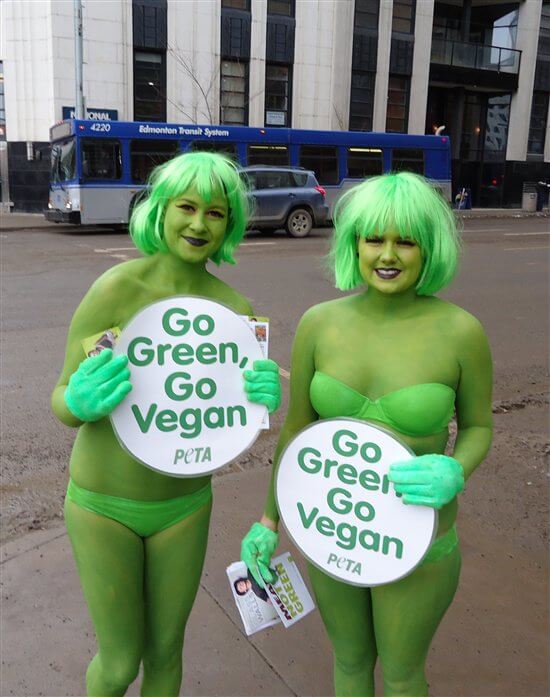 By simply opting for faux meats and dairy products over animal-based ones, we can make 2013 a lucky year for animals and help reduce climate change. And that’s pretty cool.