A New Jersey cow can spend her weekend fist-pumping (hoof-pumping?) after she escaped from a slaughterhouse. The slaughterhouse owner has agreed to let the cow spend the rest of her life on a farm.

Monkey see, monkey throw rocks. A chimpanzee stuck in a zoo in Sweden is taking out his frustrations on visitors with an old-fashioned stoning. Hmm, I wonder what he could be trying to tell us …?

Taking a page from the chimpanzee’s book, two South African cheetahs injured tourists who went inside their “petting area.”

Is Fido’s food infected? Some dog food has been recalled after a salmonella outbreak.

Cars take a breather as something else gets the blame for L.A.’s smog. 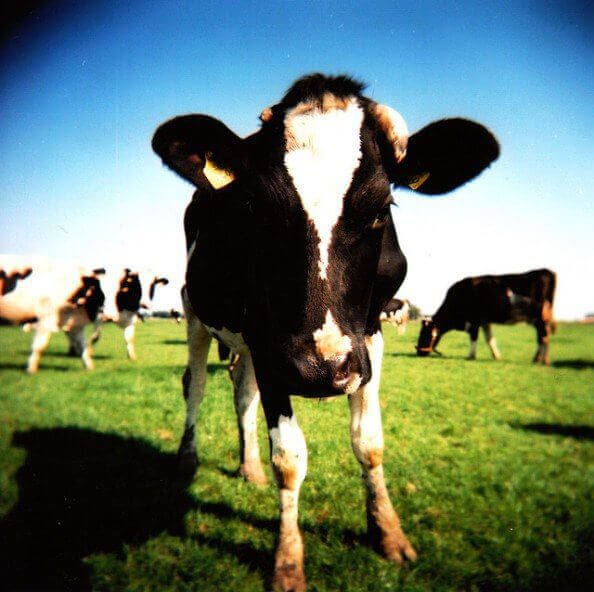 We cried with him in The Green Mile and laughed with him in Talladega Nights, and now we’re celebrating with gentle giant Michael Clarke Duncan as he talks about his decision to go vegetarian in his new PETA video.

Urge Avon Lake, Ohio, not to use cruel bowhunting to kill deer. Families are torn apart, many deer are wounded and may take weeks to die, and young animals die of starvation when their mothers are killed.

In the wake of a PETA investigation of a South Carolina hoarder, urge officials to amend the law to prohibit convicted hoarders from acquiring more animals.

Following efforts by PETA India, the Election Commission of India has prohibited candidates from using live animals for any part of their campaigns.