Exposés of the exotic-skins industry by PETA and others have revealed appalling abuse at every turn, and many leading companies—including Chanel, Diane von Furstenberg, Victoria Beckham, HUGO BOSS, and Brooks Brothers—have banned exotic skins. PETA has sent videos to Hermès, Louis Vuitton, Gucci, and Prada exposing the cruelty in their own supply chains, but they continue to support this horrific industry. We need your help to tell these companies—via phone, social media, and customer service forms—to stop profiting from animal abuse and ban exotic skins now. 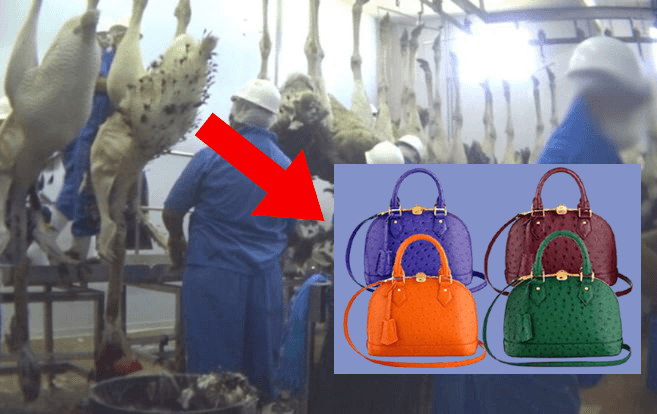 Here are some talking points.

PETA Asia investigators visited two Indonesian slaughterhouses that supply LVMH—the parent company of Louis Vuitton—and exposed workers bashing snakes in the head with hammers, suspending them in the air, pumping them full of water, and cutting off their skin, likely while they were still conscious.

PETA Asia’s investigation into an Indonesian slaughterhouse that supplies Gucci revealed that lizards’ legs are tied and that the animals are callously thrown around and cruelly killed just to make bags, wallets, and other accessories.

In South Africa, PETA investigators went inside the world’s largest ostrich-slaughter companies, which supply Prada. Workers were seen striking ostriches in the face during transport. At the slaughterhouse, terrified ostriches saw other birds being forced into stun boxes and their throats being slit. 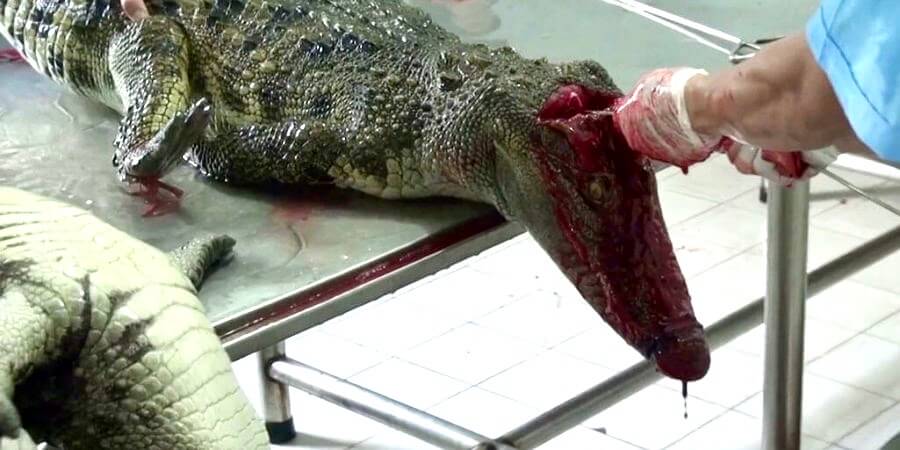 No purse or belt is worth an animal’s agonizing death. Please ask Hermès, Louis Vuitton, Gucci, and Prada to ban exotic skins immediately and use only animal- and eco-friendly vegan materials.

Call Hermès, and leave comments on its social media pages:

(Select “Send us an email” under the “Here to Help” section.)

Call Gucci, and leave comments on its social media pages:

(Select the “Inquiries about Gucci website or online purchases” dropdown, then select “EMAIL US.”)

Call Prada, and leave comments on its social media pages:

Use the form below to let us know how your calls went.

Note: This form won’t be sent to the companies—it will be used to help PETA monitor the campaign.

Want to do even more? Contact [email protected] with your full name and mailing address to plan your own protests against Hermès, Louis Vuitton, Gucci, and Prada. We can help you!

Also, be sure to leave all animal-derived materials out of your wardrobe. Check out PETA’s “How to Wear Vegan” feature for tips on animal-free fashion.