We asked you to contact Metals In Time regarding bird-deterrent netting that had reportedly fallen into disrepair, causing multiple birds to become trapped. We have good news! The business received assistance from the local fire department, which made swift work of removing the majority of the netting and freeing two frantic birds in the process. What little netting remains was opened up to mitigate further risk and will hopefully be taken down soon. We’d like to thank Metals In Time and fire department officials for their decisive action in preventing countless more animals from enduring the same fate—and thank you to everyone who lent their voices to this urgent matter! 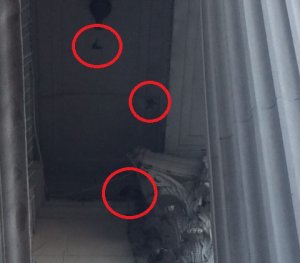 Wild birds are allegedly becoming trapped behind faulty bird-deterrent netting that has been installed above the entrance of the Metals In Time jewelry store in downtown Royal Oak. Reportedly, several dead birds can be currently seen in the netting—and one live bird is desperately trying to figure a way out. While the desire for nonlethal bird control is always admirable, unfortunately, reports of deterrent netting falling into disrepair and allowing birds to get inside—only to become fatally trapped—are common. PETA has repeatedly contacted Metals In Time about these concerns but to no avail. We even sent the fire department to the location, but the business refused to grant firefighters permission to open the netting to free any survivors. So now your voice is needed!

Please contact Metals In Time and urge the store to free trapped birds immediately and to repair or remove the netting in order to avoid further tragedy. Then please share this alert far and wide.