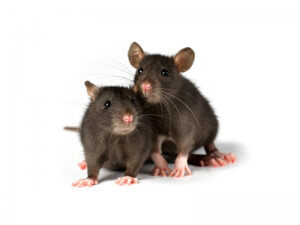 The U.S. Food and Drug Administration (FDA) has decided that the active ingredients in antiseptic washes—consumer products often labeled “antibacterial” and intended for use with water—may be neither safe nor effective. And it is now calling for tests of these ingredients that will kill thousands of animals—even though there isn’t enough evidence to show that these products kill germs any better than plain soap and water!

The FDA wants manufacturers to test these ingredients for health effects, including the potential to cause cancer and reproductive harm. Hundreds of animals will be force-fed the ingredients or have them applied to their skin before they and their babies are killed and dissected. These tests won’t prove that the ingredients are safe for humans because of documented differences between species and because animals are given unrealistically high doses in order to measure the effects.

Recently, Minnesota became the first state to ban one of the key ingredients, triclosan, in most consumer products after it determined that the risks from the ingredient’s use outweigh the benefits. Instead of requiring more animals to be killed, the FDA must require manufacturers to show that their products kill germs better than soap and water or must consider a similar ban nationwide.