Despite a public outcry, the parks and recreation department of the city of Springdale, Ohio, has apparently held exceedingly cruel “Goldfish Swim” events on the last weekend of the swim season for decades. Such bullying activities don’t appear to be advertised now, and since organizers won’t provide us with any assurance that they’ve stopped, we’re left to assume that they may be planning to hold a “Goldfish Swim” this year. 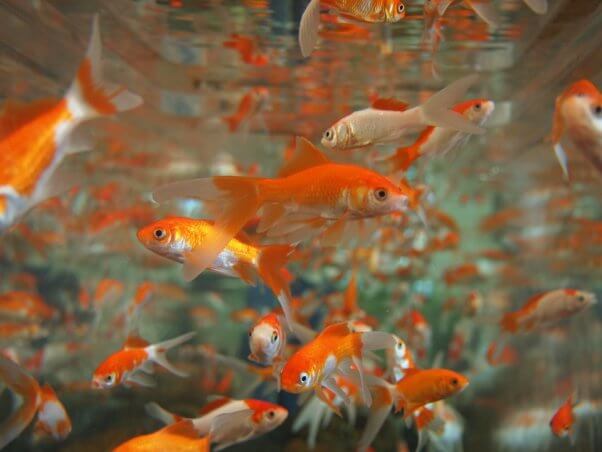 During these chaotic events, approximately 1,000 goldfish are typically dumped into a community swimming pool, where children 12 and under splash around frantically while scrambling to catch the terrified animals with their bare hands in the hope of taking them home. Obviously, being dumped into a pool teeming with overexcited children grabbing at every fleck of color in the water would be a horrific ordeal for most animals—especially these tiny beings, who view nearly everyone and everything as a predator. Exposure to even trace amounts of chlorine can cause them to experience respiratory distress. Furthermore, because fish can transmit bacteria such as E. coli, such events pose a risk to children, too.

Please urge the Springdale Parks and Recreation Department and the city’s mayor to cancel any “Goldfish Swim” events permanently. Then, forward this alert to everyone you know.

Polite comments can be sent to the following individuals: