Updated October 16, 2018: Thanks to all who took action! The Cheyenne Animal Shelter president who directed staff to abuse an 8-month-old dog named Tanner by spraying him in the face with pepper spray (details below) has reportedly resigned.

Other important changes have also been made, thanks to compassionate people like you, who spoke up, including the following:

Although the Cheyenne Police Department recommended that cruelty-to-animals charges be filed against three workers involved in the incident, the district attorney’s office declined to prosecute them.

Thank you for speaking up for animals in Cheyenne!

Take Action on Other Urgent Alerts! 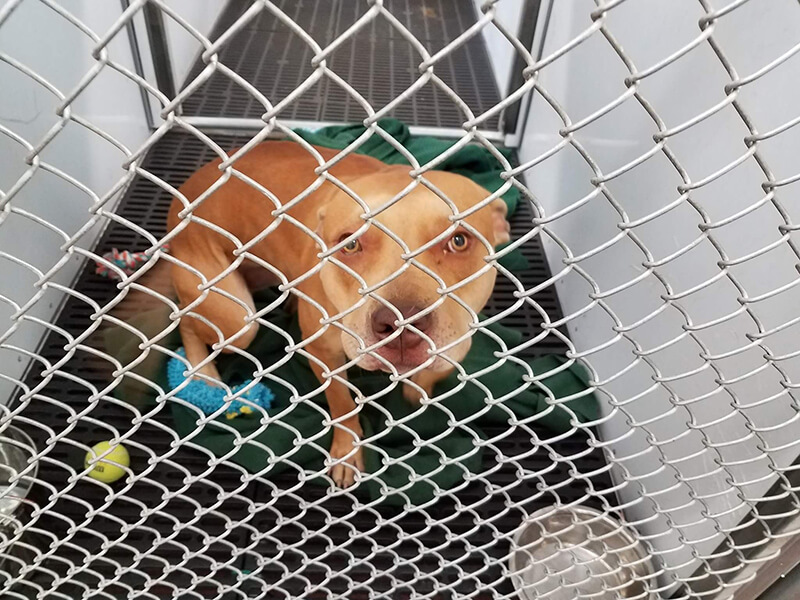 Authorities are investigating allegations that staff members at the Cheyenne Animal Shelter (CAS) in Cheyenne, Wyoming, abused an 8-month-old dog named Tanner, who had reportedly been surrendered to the facility by his owner. During what was described as a “training exercise,” the shelter president reportedly instructed workers (some of whom went along with the abuse) to restrain Tanner using a control pole, “agitate” him, and spray him in the face with pepper spray—a noxious liquid that causes a debilitating and painful burning sensation in the eyes, respiratory tract, and mucous membranes. The dog reportedly coughed up blood after the attack.

Tanner was failed by everyone who should have protected and taken care of him—from those who abandoned him to the shelter workers who allegedly sprayed him in the face with a stream of burning liquid. While the board of directors has reportedly suspended the shelter’s president for 60 days, more must be done to ensure the safety of animals at the facility.