Peachtree Heights East Neighborhood Association in Atlanta has confirmed that it has removed the makeshift “snake traps”—lengths of gutter containing glue boards—that were deployed to catch snakes near the neighborhood’s ponds. We are grateful to the association for making this compassionate decision!

Thanks to all who lent a voice to help the snakes and other animals put at risk by these hideous devices. Please be sure to check out our other urgent alerts to speak up for animals who still need your help. 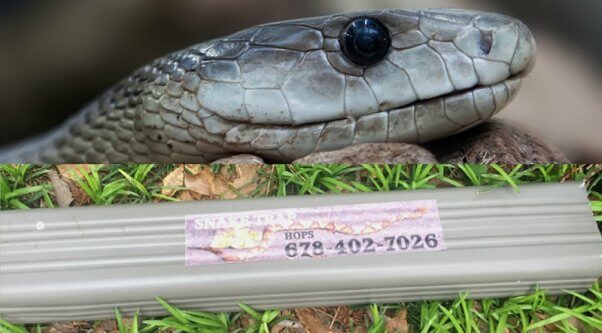 PETA has received information that Peachtree Heights East Neighborhood Association in Atlanta has deployed makeshift “snake traps”—gutters containing glue boards—in an apparent response to sightings of snakes warming themselves in the sun near the neighborhood’s ponds. It’s been speculated that the association wants these animals gone before an Easter egg hunt this Saturday. Although residents were apparently assured that captured snakes would be “relocated,” this is extremely doubtful, given how utterly difficult and time-intensive it is to free victims from notoriously cruel glue traps before they perish from shock, injury, or starvation. These sadistic devices are also hideously indiscriminate, particularly when set outdoors where countless species of wildlife—such as chipmunks, squirrels, frogs, moles, and even songbirds, most of whom are federally protected—can become ensnared.