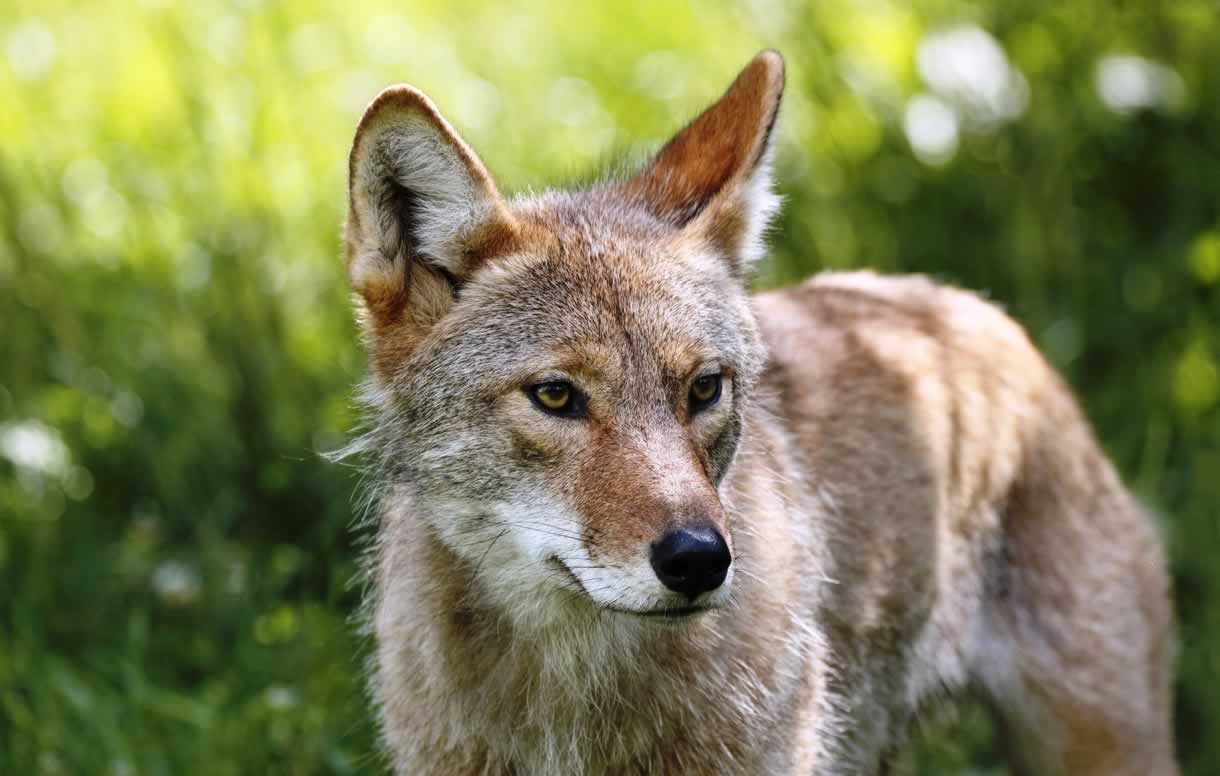 The Powderhorn Outfitters, a firearms purveyor in Hyannis, Massachusetts, is apparently hosting a coyote-killing contest through March 10, with prizes awarded for the largest animal gunned down and the highest cumulative weight of a single hunter’s collection of massacred bodies. While most such events are hyped as “rescuing” communities from raging packs of bloodthirsty, four-legged zombies, killing coyotes simply tears devoted wild families apart, leaving orphaned young to starve, while doing nothing to “control” the species—and this isn’t news! As far back as 1975, it was understood that killing 75 percent of a coyote population every year for 50 years would still not eliminate the entire group. Interesting fact: Coyotes vocalize in order to take a “census” of their own numbers—and if many such calls go unanswered, their litter sizes will subsequently often double or even triple! Obviously, these contests are just blood sports in not-so-clever disguise, designed to satisfy thrill killers who lack any respect for wildlife. Outraged locals have spoken out and demonstrated, but your help is needed, too.

Please send a polite message using this contact form on The Powderhorn Outfitters website to urge the shop to end the bloodbath. Then, forward this alert to all your contacts. Remember: Politeness counts, and rude messages are usually ineffective or even harmful.