More than 150 dogs have died as a result of the Iditarod dogsled race, not counting innumerable others who have died during the off-season while chained up to dilapidated wooden boxes or plastic barrels or who were killed simply because they weren’t fast enough. With the next Iditarod on the horizon, we need to let the CEO, Rob Urbach, know that the public doesn’t support the exploitation of dogs in the grueling 1,000-mile death race. 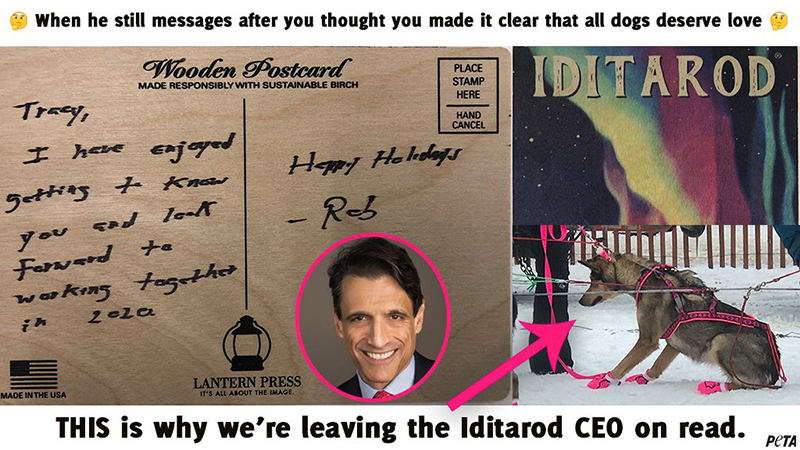 The dogs who are bred, chained, and pushed past their limits for the Iditarod are exactly the same physiologically and emotionally as those who share our homes, and PETA stands ready to help the Iditarod reinvent itself and celebrate Alaskan culture without using dogs. But it’s clear that its organizers are only interested in maintaining the status quo.

Dogs deserve far better than a lifetime of cruelty, suffering, and death. They should never be seen as disposable pieces of sporting equipment—they belong indoors, as members of a family. Please urge Urbach to help dogs by replacing them with willing human endurance athletes, cross-county skiers, or even snowmobilers.