Following a PETA Asia campaign and eyewitness exposé of the King’s Cup Elephant Polo Tournament in Thailand and a campaign that persuaded a dozen sponsors to drop their support, Minor International PCL founder and Chair William E. Heinecke has announced that he’s “fully supportive” of the recent decision by the Thailand Elephant Polo Association—the main governing body behind the tournament—not to seek permission for a 2019 tournament and to cease its operations in Thailand. These elephant polo games are no more!

Take Action on Other Urgent Alerts

Update: After a PETA Asia eyewitness exposé revealed that elephants are repeatedly beaten and gouged with bullhooks and their ears are violently yanked in training for the cruel King’s Cup Elephant Polo Tournament in Thailand, a dozen sponsors—including Angus Energy, Banfi, the Campari Group, Ecolab, IBM, Johnnie Walker, and Vespa—severed ties with the event. But Benihana of Tokyo, Diversey, INVNT, and Ripley’s Believe It or Not! continue to support the cruel spectacle. 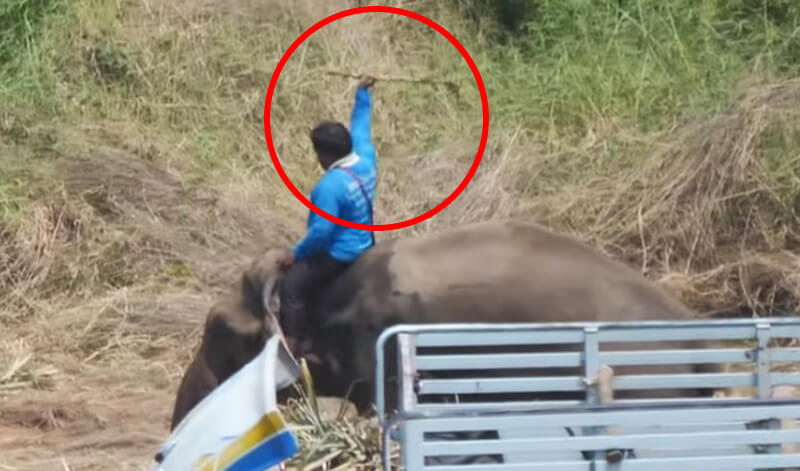 The only way to make elephants tolerate carrying humans on their backs for polo games or any other reason is to “break” them first. They’re chained or otherwise immobilized and beaten relentlessly with bullhooks or other weapons in a process that can last days or even weeks.

Elephants used for polo, rides, shows, and other forms of entertainment suffer tremendously. When not performing, they’re typically deprived of everything that’s natural and important to them, including the opportunity to walk freely, as they’re kept cruelly shackled.

Tourism company Tiger Tops, the organizer of the International Elephant Polo Competition, recently announced that it would stop hosting the event in order to take a stand against cruelty to animals. In 2011, London-based Guinness World Records Ltd. removed all references to elephant polo from the Guinness World Records books because of the abuse that elephants endure for these events. And following discussions with PETA India, Carlsberg Group withdrew its sponsorship of the Polo Cup.