Update (October 26, 2022): Thank you to all of our members and supporters who contacted officials in Los Angeles regarding Foxy, a dog who was reportedly left to languish from untreated wounds, including a severed paw. We’ve been told that he may have been relinquished to an area animal shelter, and we’re working to confirm this news.

However, our efforts must not end there. There’s no excuse for allowing an animal to suffer in this way, particularly for such a prolonged time, and California’s anti-cruelty statutes prohibit individuals from subjecting an animal to needless suffering. Please contact Los Angeles Animal Services leadership and urge them to consider filing cruelty-to-animals charges against the person responsible for Foxy’s suffering!

PETA has been alerted to the plight of Foxy, a dog reportedly living in Los Angeles. He was apparently hit by a car almost six months ago, in May, and reportedly sustained multiple serious injuries, including a severed paw. PETA is told that Foxy never received veterinary care for his painful, horrific injuries and continues to suffer in agony. We are told that he spends most or all of every day muzzled and/or wearing a hard plastic “cone” (or e-collar), evidently to prevent him from licking or chewing at his painful wounds. According to our caller, he is usually kept confined to a balcony, often surrounded by his own waste. 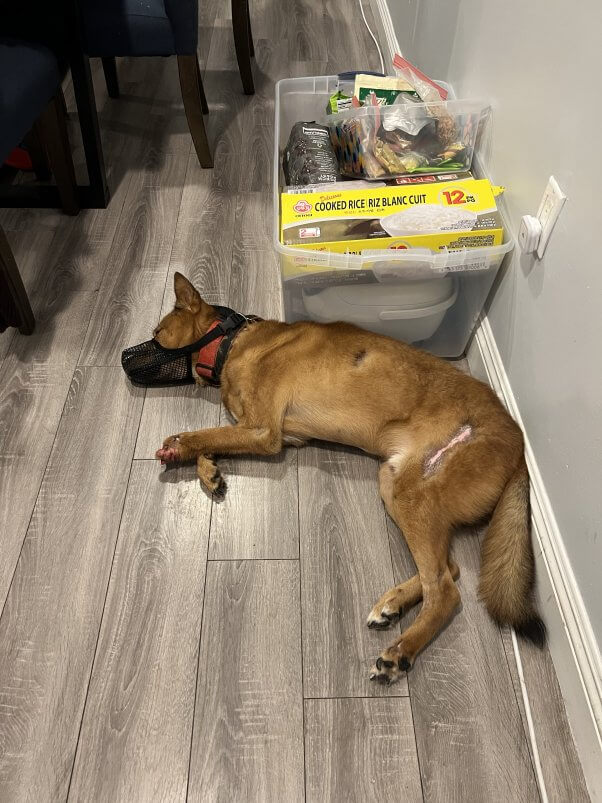 Upon learning of these allegations, PETA caseworkers immediately reported the details, including photos, to Los Angeles Animal Services (LAAS), which PETA was told had received a complaint about Foxy in June. It is unclear what, if any, action the agency has taken to help him. Foxy needs your help today! 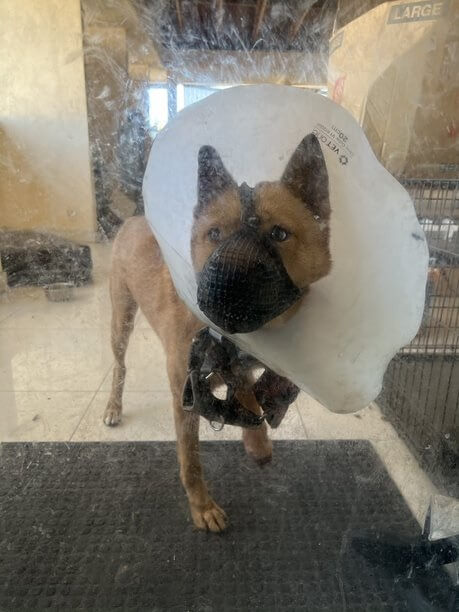 Please take a moment to send a polite message to LAAS leadership and urge the agency to confiscate this dog immediately and file cruelty charges, as appropriate.