Thank you to all who responded to the call to action regarding birds trapped behind a deterrent net at the Fire Department of the City of New York (FDNY) EMS Station 49 located at 25-3 Hoyt Ave. N. in Astoria, Queens. The FDNY has confirmed that the trapped birds have been released and the net has been made safe.

Please check out our other alerts to speak up for animals who still need your help!

Wild birds are allegedly perishing behind faulty bird-deterrent netting that has been installed above the Fire Department of the City of New York (FDNY) EMS Station 49 located at 25-3 Hoyt Ave. N. in Astoria, Queens. While the desire to use nonlethal methods of bird control is always admirable, reports of deterrent netting that has fallen into disrepair, thereby allowing birds to pass through it only to become fatally trapped, are unfortunately common. PETA has attempted to speak with the EMS station and fire department commissioner about these concerns but to no avail. 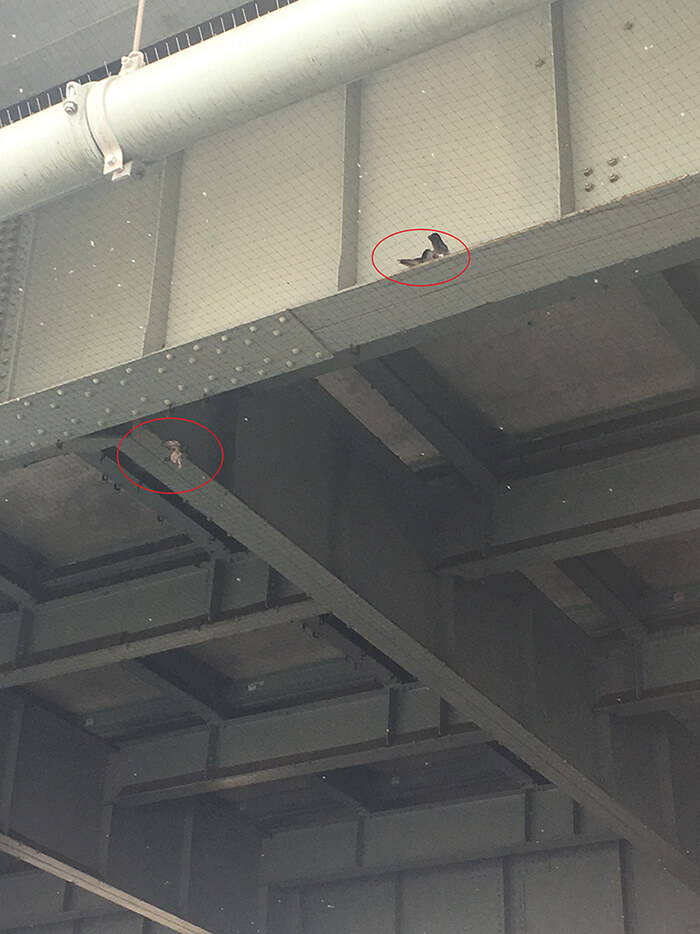