A Grizzly Experience is a cruel and dangerous traveling act that no animal should be part of—in fact, one bear escaped and wasn’t found for three days, while another clawed a handler’s face in front of frightened spectators at a fair last summer.

One of the animals the show exploits is a young bear named Lea. In the wild, Lea would have stayed with her mother until she was up to 3 years old, but for A Grizzly Experience, she was prematurely separated from her, which can cause irreparable psychological damage. But the cruel show isn’t stopping there—it recently acquired a black bear cub who was only a few weeks old, which is highly dangerous, since cubs’ immune systems are still developing at that age. 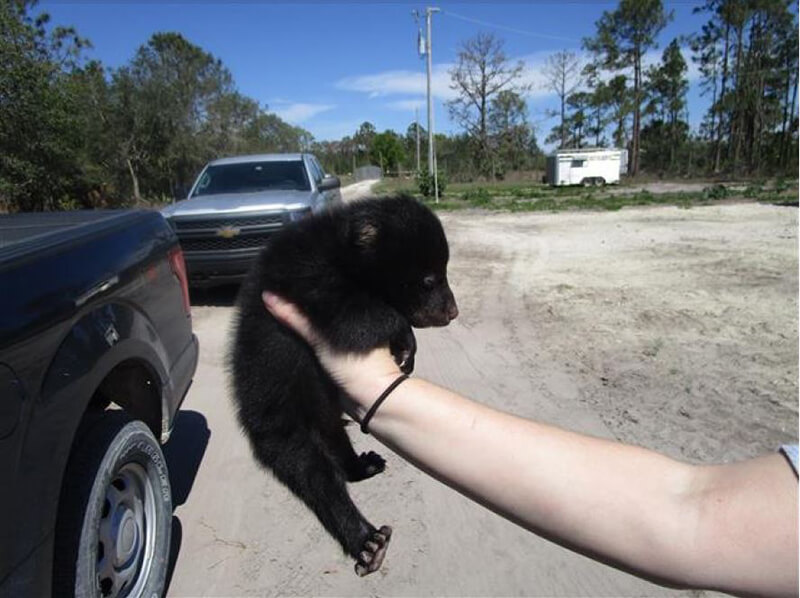 An infant bear cub—pictured here at 5 weeks old during a Florida Fish and Wildlife Conservation Commission inspection—was acquired by A Grizzly Experience earlier this year.

The bears used in this show are confined to travel trailers and carted around to different cities and fairs, where they’re forced to perform in front of gawking strangers and endure frightening sounds. And the exhibitor has animal-welfare problems even when it’s not on the road. The Florida Fish and Wildlife Conservation Commission issued a warning to A Grizzly Experience for failing to meet minimum cage-size requirements.

Bears are complex, unique individuals who inhabit vast spaces; like any other person, they can snap when they’re perpetually confined and denied everything that’s important to them. Tell A Grizzly Experience to retire them from a life of exploitation and send them to a reputable sanctuary where they can finally live the way bears should.