“After reading President Obama’s quote that ‘If a child can’t open a bottle of aspirin, we should make sure they can’t pull the trigger on a gun,’ we remind everyone that an inconvenient truth is that nearly all school shooters started hunting while young and that virtually all serial killers have had a history of cruelty to animals. Gun violence, like war, does not just involve human beings but also animals, who can’t defend themselves against human folly and power, so PETA must. We urge citizens to post their lands against hunting, to object to deer killings in neighborhoods, and to rally to stop the government’s programs to encourage children to hunt.” 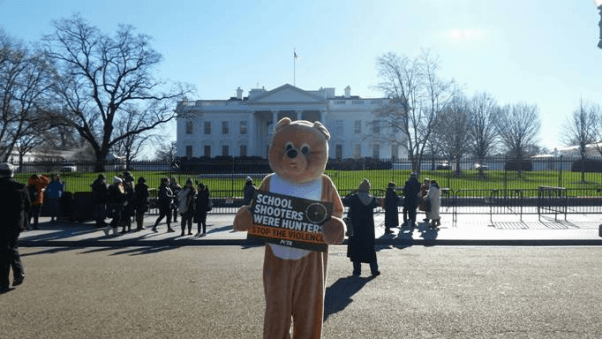