Honorary PETA Director Asks for Chicken, Cheese, and Bacon 'Pamela Anderson' Sandwich to Be Removed From the Menu—or Be Made Vegan

Baywatch icon Pamela Anderson was amused to hear that Wayne’s Burger Star had named a sandwich after her—that is, until the vegan and honorary PETA director learned that the sandwich included chicken, cheese, and bacon. That’s why this morning, Anderson sent a letter—and a copy of her international pro-vegan PETA campaign—asking the Brazilian chain either to make the “Pamela Anderson” vegan or take it off the menu. 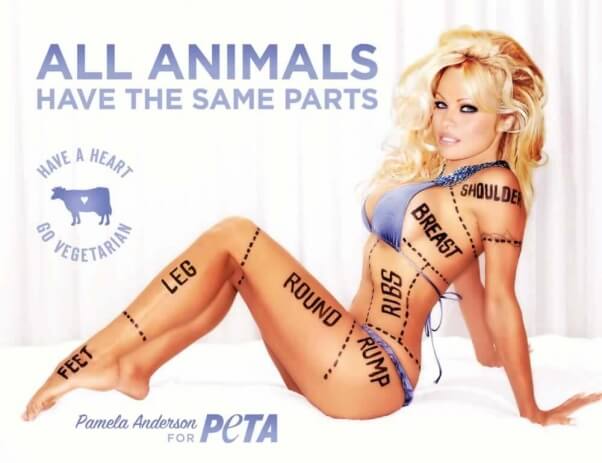 “With the growing popularity of plant-based foods, there’s never been a better time to add an all-vegan burger to your menu—and I’d be proud to have my name on it!” writes Anderson. “But until that item becomes available, please remove my name from your menu.”

PETA’s motto reads, in part, that “animals are not ours to eat.”

I was amused to hear that Wayne’s Burger Star named a sandwich after me—until I learned that the “Pamela Anderson” features chicken, cheese, and bacon. As a longtime vegan and an honorary director of PETA, I ask that you please update your menu.

Animal agriculture is a nightmare for the environment—particularly in Brazil, where millions of acres of the Amazon rainforest have been destroyed in order to grow crops to feed animals on factory farms.

As you can see from the attached international ad, I’m an outspoken vegan advocate. I haven’t eaten chickens or pigs since I learned that they spend their short lives crowded into filthy sheds and are often conscious when their throats are slit at the slaughterhouse. Cows on dairy farms spend years being forcibly impregnated, having their babies taken from them immediately after birth, and producing 10 times more milk than they would naturally—all before they’re ground up for burgers, once their bodies are spent.

With the growing popularity of plant-based foods, there’s never been a better time to add an all-vegan burger to your menu—and I’d be proud to have my name on it! But until that item becomes available, please remove my name from your menu. Thank you.