Do It Yourself: Spicy Dill Pickle Recipe 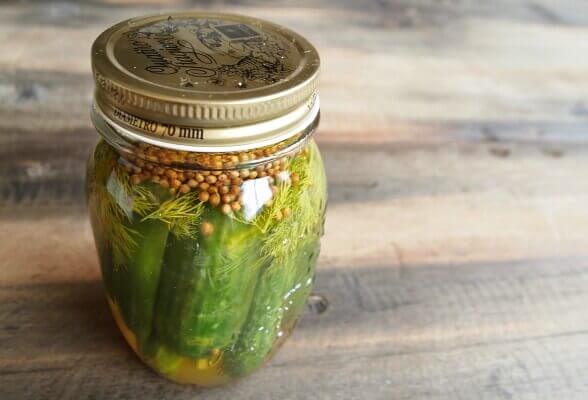 When temperatures rise in the summer, cooking gets complicated. Who wants to turn on the oven or stand over the stove?

With this recipe, problem solved. Whip up a batch of these spicy dill pickles, then leave them in the fridge for whenever you’re in the mood for a simple, cool, crunchy snack.

The longer the pickles sit, the more potent the dill and chili pepper flavors will be. For those with a low tolerance for spiciness, simply use 1 chili pepper instead of 2.

Makes one jar of 24 pickle spears.