A Cycle of Violence 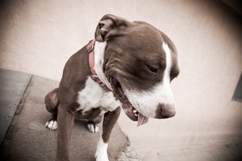 Children who witness cruelty to animals experience psychological and emotional damage that compromises their empathy development because they become desensitized to feelings of kindness, hurt, pain, and suffering in themselves and other living beings. Constant exposure to animal abuse can cause children to engage in abusive reactive behaviors and posttraumatic reenactments perpetrated against animals or younger siblings.

Children who abuse animals are often displaying signs that they are victims of physical, mental, or sexual abuse. As a child’s anger escalates as a result of the continued abuse, he or she may ultimately lash out against humans. When a child matures and becomes a parent, the person’s anger is often vented upon his or her own children, continuing the cycle of violence.

Juveniles who commit animal abuse have characteristics similar to those of individuals who set fires and vandalize with graffiti, as these crimes are done covertly when no one is looking. Adults and authorities need to understand these early warning signs and behaviors in order to identify individuals who are at risk for interpersonal violence.

Animal abuse’s connection to child abuse and domestic violence should be considered more seriously by judges, attorneys, and social workers. It is my opinion that the evidence of prior acts of violence toward members of a family, whether they be animals, children, or spouses, should be admissible not only in civil trials determining child custody or adoption but also in criminal trials attempting to prove motive, intent, or lack of accident by the abuser.

If you witness animal abuse in your home or neighborhood or know someone who abuses animals, contact your local police department immediately. If we don’t speak up for animals, who will?