One thing everybody can agree on—there will never be another Joan Rivers.

In the years following her death, she has remained on people’s minds and in their hearts. Her fans still follow her accounts on Twitter, Facebook, and Instagram, and now, the late comedy legend’s featured in a PETA campaign to promote animal adoption in honor of what would have been her 84th birthday on June 8.

The ad features a photo—provided by her daughter, Melissa—of the late comedian entangled with a dog on a leash, along with a quote that’s quintessential Joan: “A study says owning a dog makes you 10 years younger. My first thought was to rescue two more, but I don’t want to go through menopause again.” 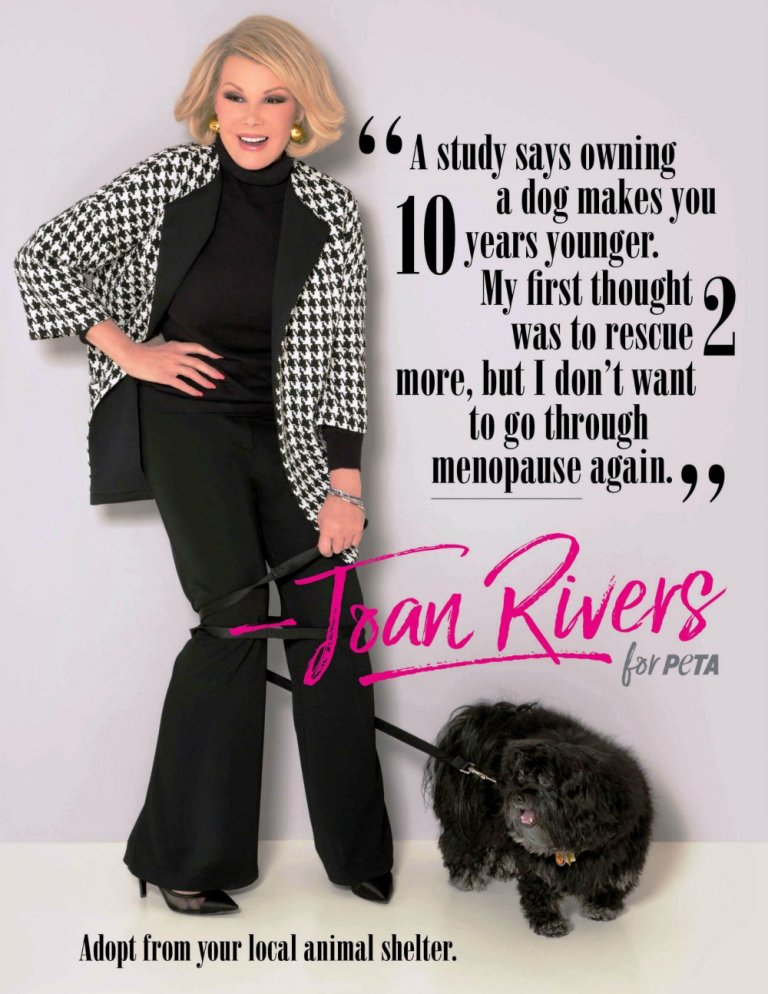 Are you ready to add a companion animal to your family? If so, be sure to adopt! Every time an animal’s purchased from a pet store or a breeder, an animal in a shelter loses an opportunity to find a loving home. Head over to your local animal shelter, where you’re sure to find many eager animals of all breeds, shapes, sizes, and ages who’d love to become a member of your family.

The best way to end animal overpopulation and crowded shelters is by spaying or neutering your companion animals.

More than 6 million cats and dogs enter animal shelters in the U.S. every year, and more than half of them must be euthanized because there simply aren’t enough good homes for them. The ones who end up in animal shelters are the lucky ones—many homeless dogs and cats face much worse on the streets. Sterilizing animals saves lives because it prevents thousands of unwanted animals from being born only to compete with the existing homeless population. Although no one wants to dwell on this harsh reality, the animal-overpopulation crisis must not be ignored. 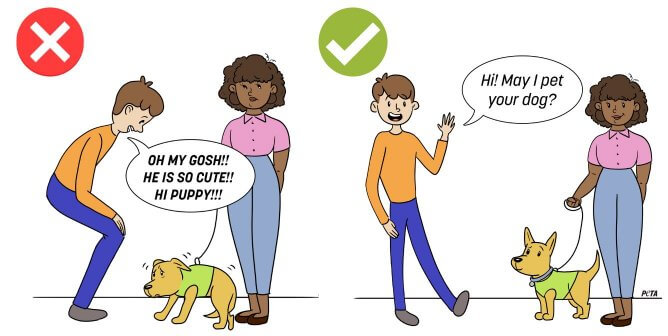 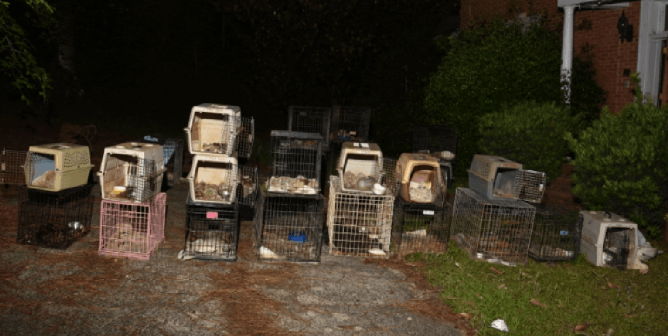