A viral story in which a woman bites a camel in the testicles at a truck stop illustrates everything that’s wrong with keeping animals as roadside attractions.

Caspar the camel was minding his own business in a pen at the Tiger Truck Stop in Grosse Tete, Louisiana, last week when Edmond and Gloria Lancaster stopped at the gas station with their dog. Edmond reportedly threw dog treats into the enclosure where the camel was held, and his dog chased after them. While the man made “threatening gestures” at Caspar with his hat, Gloria crawled under a wire fence and went in after their dog. Caspar, apparently feeling threatened, sat on her to pin her down—and you can guess what happened next.

"The camel did nothing wrong": Woman bites creature "in his private area" after it sits on her at truck stop zoo https://t.co/ZwUl8FRKqS

“The camel did nothing wrong,” authorities reported. “[The Lancasters] were aggressive. The camel was doing [his] normal routine.” Video footage reportedly showed Edmond shoving Caspar, even after his wife had gotten free. 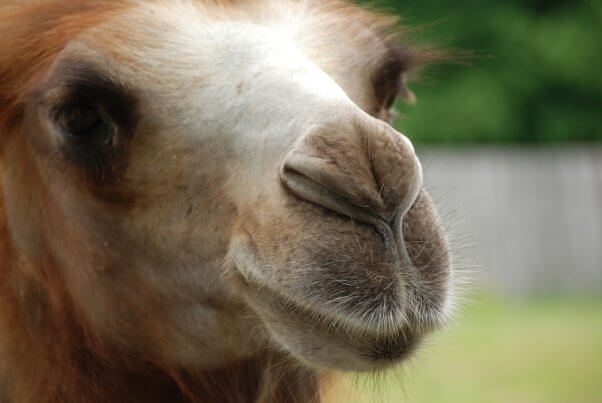 Police cited the couple for allowing their dog to run at large and for criminal trespassing. But if you’re wondering why a camel was being held at a gas station to begin with, you’re not alone.

The Tiger Truck Stop has been holding exotic animals as roadside attractions for decades, and PETA has been working to free them for just as long. Before Caspar, Tony the tiger spent 17 sad years confined to a cage at the truck stop while PETA, our friends at the Animal Legal Defense Fund, and many other animal advocates worked to get him transferred to a sanctuary. In 2017, the gas station’s owner had him euthanized as a result of his failing health.

Owner Michael Sandlin insisted that he would file an “emergency writ” demanding another tiger, but Louisiana had passed a law prohibiting ownership of big cats. He apparently still believes that you can’t sell gasoline and slushies without enslaving and abusing animals, so he acquired Caspar as well as a miniature horse, a coatimundi, and a baby kangaroo. PETA is determined to see all these animals placed in reputable facilities.

You can help. Use PETA’s easy rapid-action page to speak up for many animals at roadside zoos in under a minute.